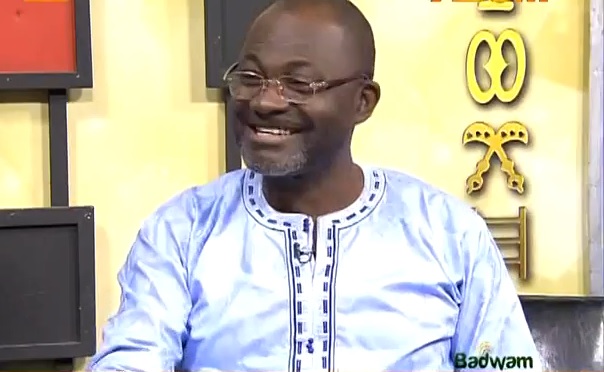 Ruling New Patriotic Party Member of Parliament for Assin Central Constituency in the Central Region, Kennedy Ohene Agyapong has labeled the overlord of Asogli traditional area, Togbe Afede as an ethnocentric person who does the bidding of the opposition National Democratic Congress.

‘’Is this not the same man who after the NPP lost the election in president Kufuor’s time came out and said ‘it is now that the ewe people are going to see that Ghana is for them’. And I challenge him that he is very ungrateful because president Kufuor got me to lead the charge to fight for a parcel of land that belonged to Valco and we gave him a portion to establish the Asogli power plant. When he finished, he turned around and said it is now that his party has also come to power. It is now that the ewes will feel they belong to Ghana. Those were the tribal comments he made’’ he opined.

‘’Togbe Afede and Ernest Agbesi completely run the bank aground with dubious transactions and fraudulent withdrawals. They withdrew money at will from the bank every other day and it was Agbesi who himself carried out the transactions, walking into the banking hall as Managing Director to withdraw the money’’ he added.

Mr. Agyapong continued ‘’those ordinary people down there, I will serve them. That’s my duty as a Member of Parliament and as a politician, I will serve them and so no name will intimidate me in this country, except the president whom I respect and who calls me to order and I obey, but even with this one, if he calls me I won’t stop’’.