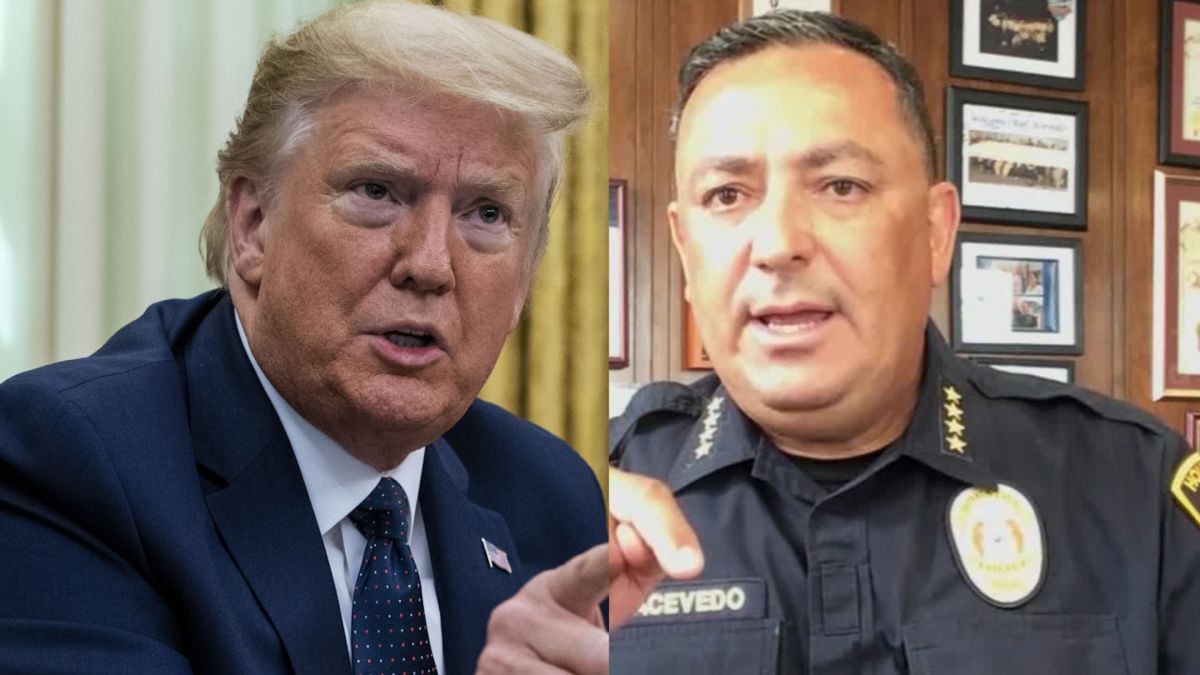 The Police Chief of Houston, Art Acevedo has lashed out at President Donald Trump, telling him to behave like a president and not like an apprentice.

His comments come on the back of suggestions by the President that Governors and security heads in the various States across the United States of America are weak and not domineering, hence the escalation of protests, following the death of black American, George Floyd.

Mr. Acevedo averred in an interview with the CNN and monitored by BestNewsGH.com that the president must also shut up, if he doesn’t have anything constructive to say.

‘’Please if you don’t have something constructive to say, keep your mouth shut because you’re putting men and women in their early 20s at risk, it’s not about dominating, it is about winning hearts and minds and let’s be clear, we do not want people to confuse kindness with weakness’’ he said.

According to an angry Mr. Acevedo, many people including community members and police officers are being injured and this is the time to show leadership and not to show ingratitude by making unguided pronouncements.

BestNewsGH.com reports Mr. Acevedo as positing that ‘’That is the basic tenet of leadership and we need leadership now more than ever and it hurts me to know that whether we vote for someone or we don’t vote for someone, he’s still our president and it is time to be presidential and not try to be like you’re an apprentice. This is not Hollywood, this is real life’’

The Houston Police Boss also entreated the generality of the American People to pay attention to the kind of leaders they vote for in the coming elections in the United States.