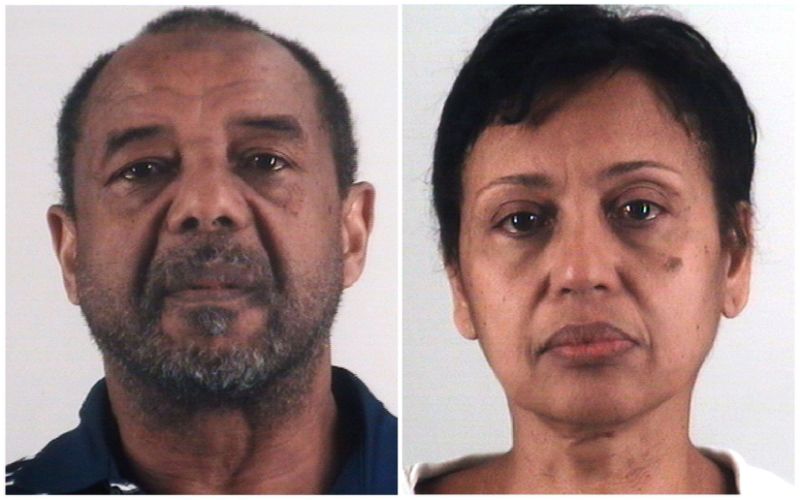 A Texas couple has been sentenced to seven years in federal prison each for enslaving a West African girl for more than 16 years until she escaped with the help of neighbors, the U.S. Department of Justice announced Monday.

Mohamed Touré and Denise Cros-Touré, who are citizens of Guinea and lawful permanent residents of the U.S., were also ordered to pay their victim $288,620.24 in restitution in the forced labor conviction, the release says.

Prosecutors say the couple — members of “wealthy and powerful Guinean families” — arranged for the victim to travel to Texas from rural Guinea in early 2000. Starting as a young girl, the couple forced the victim “to cook, clean, and take care of their biological children, some of whom were close in age to the victim, without pay for the next 16 years,” the release says.

The couple kept the victim from receiving an education and punished her physically and emotionally, prosecutors say. She was called a “dog,” “slave” and “worthless” by the couple, the release says.

Trial evidence showed the victim was at least 5 years old but perhaps as old as 13 when she came to America.

“Forced labor trafficking cases are notoriously difficult to prosecute – in part because victims are often afraid to speak out,” the release quotes U.S. Attorney Erin Nealy Cox. “It took tremendous courage for this young woman to share her story at trial.”

Scott Palmer, attorney for Cros-Touré, says the judge’s sentence suggests he did not fully believe prosecutors’ depiction of the couple. “I think he saw through the exaggerations and lies of the prosecution,” he said.

The couple and defense attorneys are exploring an appeal, Palmer said.

A federal judge in Fort Worth, Texas, sentenced Touré and Cros-Touré each to two seven-year terms and one five-year term, all to be served concurrently.

During a January trial, defense lawyers presented the victim as someone who was treated as a member of the family and who benefited from a better life in America, the Dallas Morning News reports.