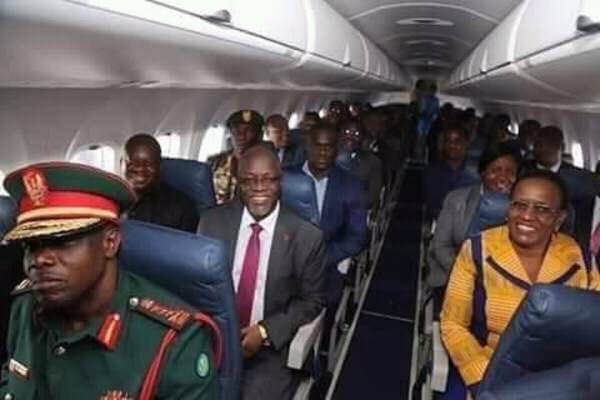 President of Tanzania, John Pombe Magufuli last Monday while leaving for the New York for the 73rd session of the United Nations General Assembly, refused go via a private jet, but Joined a commercial flight instead.

He said the money that would have been used in flying the private jet should be channeled into providing equipment and other essentials for hospitals in the country.

He said the needs of the hospitals are far more superior to him being flown in a private jet at the cost of the country’s tax payers.

He believes once the hospitals are well equipped, it will accelerate and enhance healthcare delivery in the country and save lives.

He is on record to have fired the CEO and management of a whole health facility in the country recently when he detected some malfunctioning equipment and elements of corruption within the management.