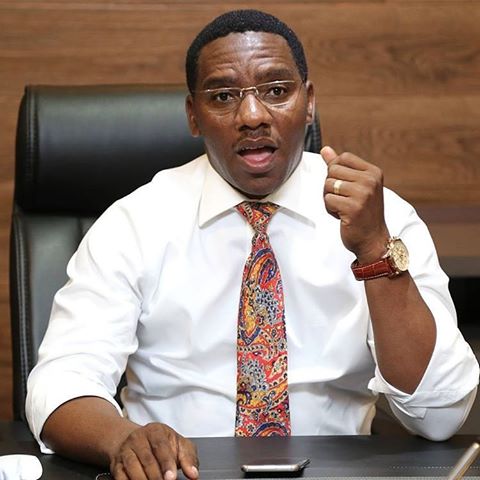 The regional governor of Tanzania’s largest city, Dar es Salaam Paul Makonda has vowed to arrest people suspected of being gay this week in an escalating crackdown on LGBT communities in the East African nation.

“I have received reports that there are so many homosexuals in our city, and these homosexuals, are advertising and selling their services on the internet,” he said.

CNN reports the governor as saying “therefore, I am announcing this to every citizen of Dar es Salaam. If you know any gays … report them to me,” he told reporters in Swahili in a video from a Monday news conference that has emerged on social media.

Makonda, who has ordered anti-gay crackdowns before, said a task force will begin mass arrests of LGBT people in the city by Monday.

CNN has sought multiple requests for comment from the governor, but hasn’t received a response.

The network also has reached out to Amnesty International and Human Rights Watch for comment.

Makonda’s rhetoric echoes statements by other government officials about Tanzania’s LGBT community, who face increasing animosity from the country’s authorities.

Homosexual acts are punishable by the death penalty in Mauritania, Sudan, and Somalia and the northern part of Nigeria.

Government criticized for threats against activists

In 2016, Tanzania’s government drew international criticism after targeting LGBT groups in the country.

Hamisi Kigwangalla, Tanzania’s minister for natural resources and tourism, said in a Twitter post Tuesday that homosexual acts were “unnatural” and “ungodly.”

“I have done a lot of reading on this matter … from a scientific/medical side. I can strongly conclude that ‘no single argument for LGBTI has scientific proof’. It is simply ‘unnatural’ and ‘unGodly’. To me, as a medic, I know it is a social construct, a mental illness,” Kigwangalla, who is also a doctor, said in the tweet.

Last year the minister threatened to publish the names of gay people “selling their bodies.”