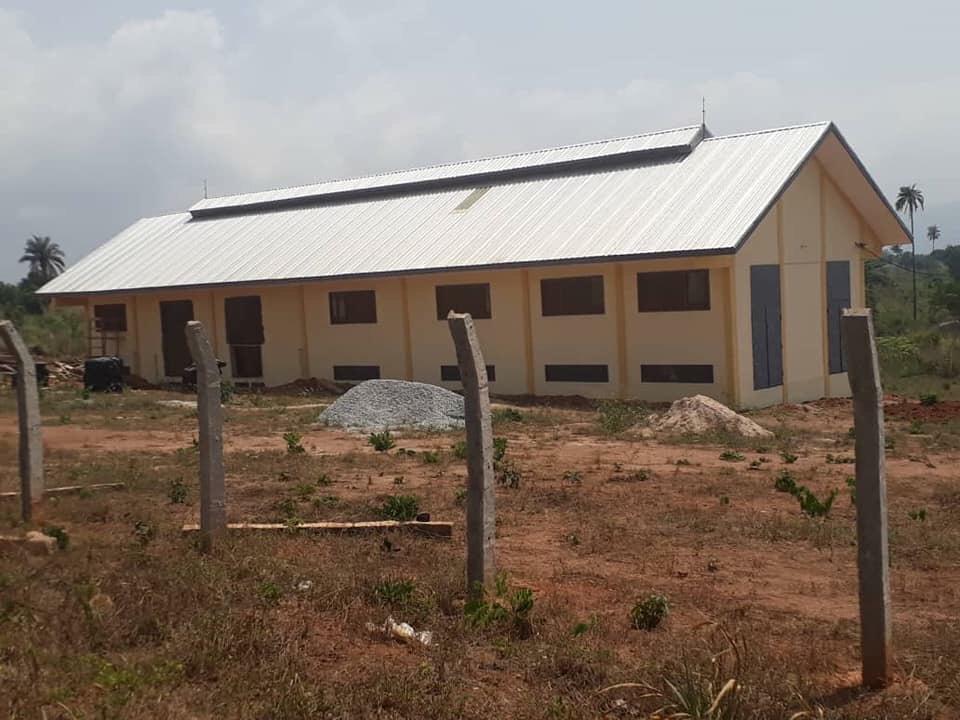 President Akufo-Addo’s vision to industrialise Ghana’s economy along with his ultimate agenda to provide jobs for the teeming masses has been given a boost as one of the 1D1F projects nears completion.

Premium Foods Company Limited which is into food processing has constructed a cassava processing factory at Tuagyankrom, near Derma in the Tano South Municipality.

Checks at the site of construction indicated that the project is 95% complete and it is left with the installation of the equipment needed to start operations.

In anticipation of the factory coming into operation, farmers within the enclave have cultivated large acres of cassava.

Derma and its environs used to be noted for tomato growing and was once the biggest producer of tomatoes in the country.

The lands no longer support tomato production but support cassava, and it is grown by many of the indigenous people in the area.

It is against this background that Premium Foods Company Limited under the 1D1F policy chose to establish this cassava processing facility in the area.

The company will service farmers in and around Tano South as it requires large quantities of the raw material (cassava) for its operations.

This adds to the number of factories so far constructed under President Akufo-Addo’s flagship 1D1F policy.