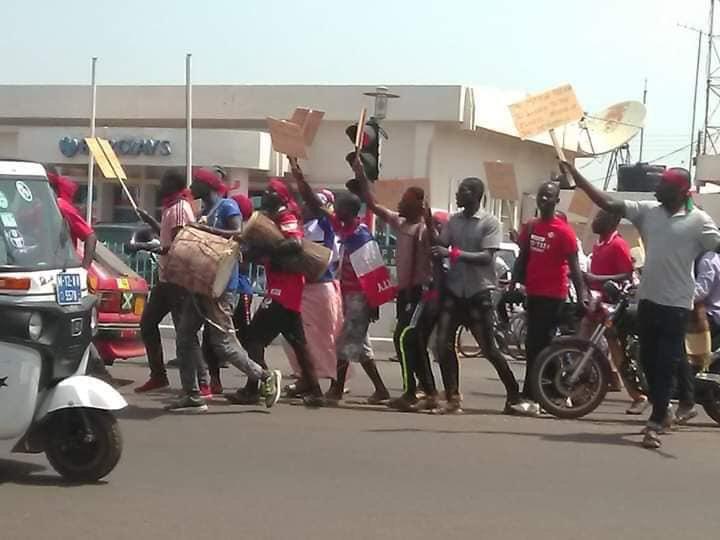 Some youth of the ruling New Patriotic Party in the Northern Regional Capital, Tamale today hit the streets to demonstrate against the Mayor of the City, Iddrisu Musah Superior, calling on the president to fire him.

The youth have leveled several allegations against the Mayor, indicating that his continued stay in office would adversely affect the fortunes of the party in the City and the Region as a whole.

They accuse Mr. Superior of disrespect for the leadership of the party in the region and using the name of the president to perpetrate all manner of ills including abuse of office among others.

But the Mayor who is in faraway Milan in Italy on a personal visit says he is unperturbed about the action of the youth and that he is fixated at delivering on his mandate and making life comfortable to the people of Tamale.

He described those behind the demonstration as anti-development elements whose agenda is to derail the clock of progress of the City.

‘’But let me repeat here in ABSOLUTE terms, that I am unperturbed by the machinations of the past, now and the ones to be ‘implemented’ in the coming days; by some faceless, anti-development elements in our great Party to derail my focus on the job or damage my excellent relationship with our Party faithful in the Tamale Metropolis and the Northern Region at large’’ he said in a post on his Facebook page.

He added that ‘’ Mine is to soldier on and to keep my eye on the ball, serving in humility and leading to mobilise the people for a more a peaceful, ambitious, energetic and properly developed Tamale. I shall continue to do my utmost’’.