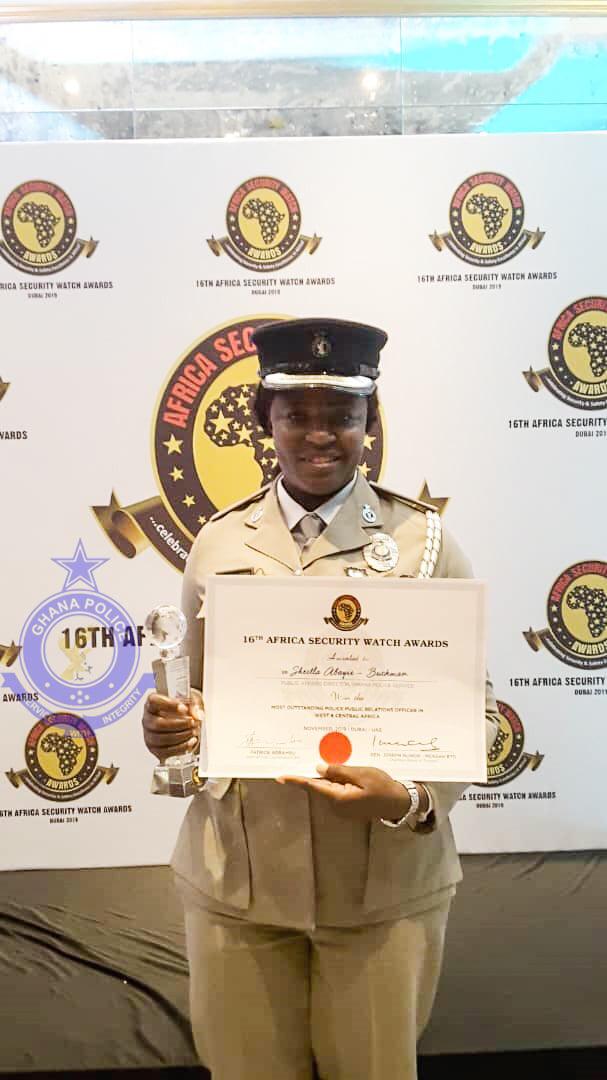 The Director of Public Affairs for the Ghana Police Service, Supt.Mrs Sheila Kessie Abayie-Buckman, has been adjudged the most outstanding Public Relations Officer for West and Central Africa at the prestigious 16th Africa Security Watch Awards held in Dubai on 7th November, 2019.

The event, which was attended by officers from Police organisations, Armed Forces and other Institutions in Africa, was held as part of an annual conference on the theme, “Bridging the Security Gap in Africa” under the chairmanship of Brigadier-General Joseph Nunoo-Mensah (rtd), former CDS and Chief Security Advisor to the President.

Receiving the Award, Supt Abayie-Buckman  said “it feels refreshing to be recognised for the hard work one does in silence, not expecting any prize in return but gets noticed regardless”. She dedicated her Award to all hardworking officers “in blue”, and thanked the Africa Security Watch for looking beyond the tabloids for security officers who work with efficiency.

The event saw Nigeria police, soldiers and journalists winning the night from several other categories of awards. 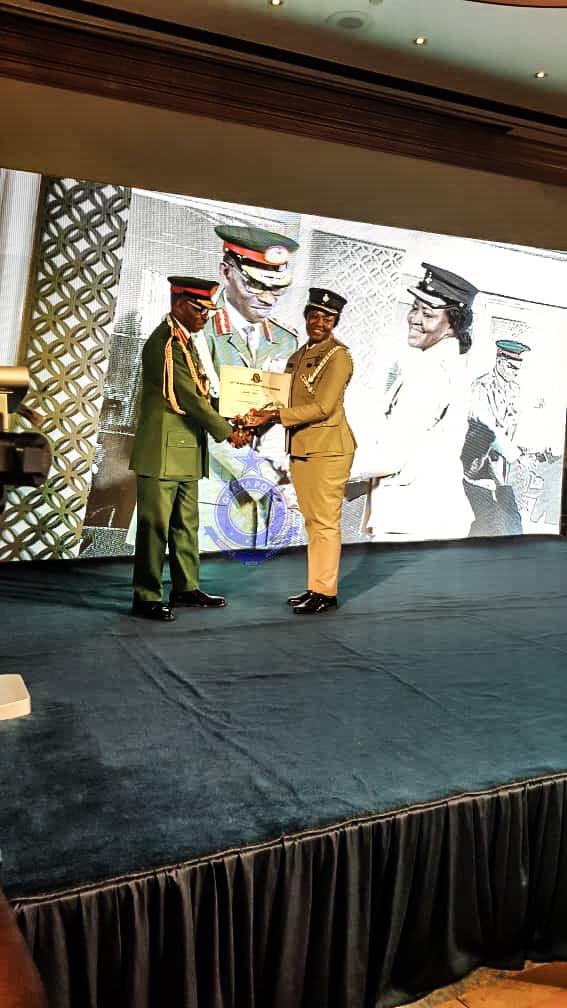 ACP Mr. Kwasi Fori was also awarded as Best Operational Officer in Ghana, but could not make it to the event.