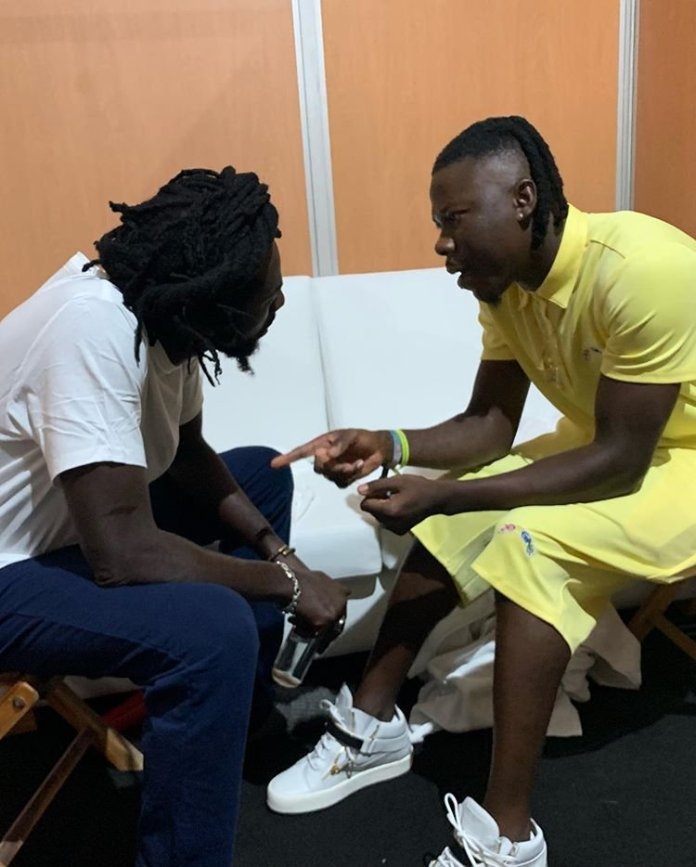 President of the Bhim Nation, Stonebwoy has released photos of himself chatting and exchanging pleasantries with world renowned Reggae Legend, Buju Banton.

Stonebwoy shared the same stage with Buju Banjon at Portugal during the just ended Afronation Concert.

Stonebwoy who gave a total shut down on the big stage had the opportunity to sit and converse with the top star.

Stonebwoy meeting Buju Banton will definitely lead to they two logging into the studio to drop a jam for their fans and the world at large.

The move is just a great and massive one indicating how well his ‘Shuga Europe Tour’ is progressing.

Buju Banton is a Jamaican dancehall and reggae musician. He is widely considered one of the most significant and well-regarded artists in Jamaican music.

Banton has collaborated with many international artists, including those in the Hip Hop, Latin and punk rock genres, as well as the sons of Bob Marley.