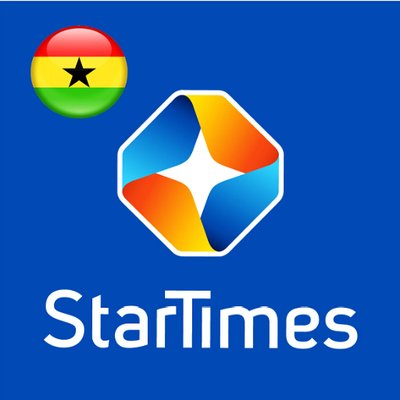 In less than one month, I have chanced upon separate photographs of President Akufo-Addo and his wife, H.E. Rebecca Akufo-Addo taken with the President of StarTimes. Photoshop? I quizzed. But, later on, I saw a Facebook post of Auntie Becky excitedly confirming her “tour of the impressive Star Times Corporation.”

To paraphrase Ngũgĩ wa Thiong’o as captured in his first novel, “Weep Not Child”, my heart

pounced against my rib cage. Yes! My heart pounced and responded, to the slow but sure slicing of Ghana by foreign interest – not only within the broadcasting space but also in several other sectors in an era when Government has ironically deployed the “Ghana Beyond Aid” slogan.

I subsequently reflected on the several engagements that I had had with StarTimes, the immediate past Chinese Ambassador, and also including my meeting with the Chairman and President of the China EXIM Bank about how the EXIM Bank and StarTimes were delaying Ghana’s Digital Terrestrial Television (DTT) migration process. But I also had a flashback: This very Chinese Ambassador, Sun Baohong, was the first if not the second diplomat, in January 2017, to pay a courtesy call on President Akufo-Addo immediately he assumed office as President.

Today, the Ghana Independent Broadcasters Association (GIBA) and several Ghanaians are visibly angry with Government for engaging StarTimes in what has been described as a ‘sweetheart deal’. GIBA believes the said engagement will undermine their business models developed over the years according to agreed policies, subordinate Ghana’s culture and asphyxiate the entertainment and advertising industry.

These fears must be addressed lest they lead to further job losses in the media landscape in Ghana. Surprisingly, instead of responding to the genuine and germane concerns of GIBA, Government has resorted to skulduggery, deployment of deliberate inaccuracies and their typical strategy of blame game.

Twelve years ago, Ghana signed the Geneva 2006 (GE06) Agreement under President J.A. Kufour to establish Digital Terrestrial Broadcasting in the frequency bands: 174 – 230 MHz; and 470 – 862 MHz at the Conference of the International Telecommunications Union. Some of the benefits of transitioning from analogue to digital terrestrial television include ensuring Ghana conforms to global standards and most importantly to offer Ghanaians better picture quality, clear sound, multiple channels, more interactivity, jobs and career development in the broadcasting, advertising and entertainment industry.

Pursuant to this objective, Cabinet in October 2010 under President John Evans Atta Mills approved the policy framework for the implementation of the DTT project, and mandated the Ministry of Communications to oversee the project.

To foster stakeholder collaboration and buy-in of industry, the Ministry set up the Digital Broadcasting Migration Committee which involved stakeholders from the private and public sectors. Also, 31st December, 2014 was set as the provisional DTT switch-on date, 6 months ahead of the global deadline of 17th June, 2015. But this was not met.

AWARD AND TERMINATION OF CONTRACT WITH STARTIMES

To avoid confusion of nomenclature, it is important to differentiate the two different StarTimes companies which have been involved in this transaction. Records showed that StarTimes DTV Ghana Company Ltd, a Ghanaian registered entity, won the competitive tender and signed the contract with the Ministry of Communications on 11th April, 2012. So, how did Star Communication Network Technology of China (StarTimes China) which is at the centre of the present controversy insert itself in the transaction?

StarTimes DTV Ghana as part of its financing proposal had submitted a letter of intent from the China Development Bank (CDB). Notwithstanding this letter, during pre-contract discussions, the company proposed a concessional loan facility from the China EXIM Bank contrary to their earlier letter of intent from the CDB. Following the execution of the agreement on 11th April 2012, StarTimes Ghana assigned its interest to StarTimes China because it was a necessary condition for funding from the China EXIM Bank. After six months of delays, the contract was eventually assigned to StarTimes China on 27th September 2012.

After the 2012 elections in Ghana, I assumed office as Minister for Communications and worked actively and tirelessly with stakeholders with the hope of achieving the set 17th June, 2015 deadline. In the spirit of South-South Cooperation, best efforts were exerted. Cautions to StarTimes, the Chinese Ambassador to Ghana, and every relevant stakeholder about how lethargic the process of securing financing was delaying the project, were regularly made.

In response, several assurances were given. Shamefully, they included a fake working visit to the Ministry of Communications by a team of Chinese ‘officials’ who were fraudulently introduced by the representative of StarTimes China as being on a mission to conduct further due diligence on the DTT project. This was revealed as untrue during my meeting with the then Chairman and President of the China EXIM Bank in Beijing in June 2014.

The set deadline for analogue switch off passed with no glimmer of hope. Therefore, from October 2015 with the support of the Attorney General and Minister for Justice, Mrs. Marietta Brew Appiah-Opong, the process of termination was initiated and concluded.

However, StarTimes-China filed a writ in Ghana against the decision and applied for an injunction to restrain the Ministry of Communications from inviting new tenders for the DTT project. On 9th March 2015, Ghana won when the Commercial Division of the High Court dismissed the interlocutory injunction and awarded cost of US$50,000 against StarTimes.

The company further commenced arbitration proceedings against the Ministry of Communications at the International Chamber of Commerce (ICC) Court of Arbitration in London.

The ICC on the 22nd February 2017 upheld the rights of the Ministry to terminate the contract, and demonstrated just as the High Court in Ghana and the Ministry of Communications had maintained, that StarTimes can only be entitled to compensation based on work done.

After the contract was terminated, another competitive tender was instituted in which StarTimes China refused to participate. KNET, a Ghanaian company won the bid. It is worth highlighting that in 2016, after KNET had completed more than half of the DTT project, StarTimes proposed the utilisation of US$95 million (the same juicy amount which they are dangling before the present Government) to the Mahama administration with a promise to complete and enhance the DTT project which was entering the third and final phase. Upon further interrogation, the proposed deal was deemed to be too expensive to the Ghanaian tax payer.

We have been here before!

The Chinese Government is supporting StarTimes to penetrate the African market. What is the Government of Ghana doing to promote Ghanaians in broadcasting?

I contend that instead of adopting high-handedness as a tool to whip groups and individuals who do not support the StarTimes deal, Government should consider doing the following:

I strongly believe it is possible to continue to work with China and strengthen the bonds that unite our two countries and peoples for mutual gains without compromising Ghana’s interest.

Dr. Edward K. Omane Boamah, is a former Minister for Communications of the Republic of Ghana between 2013 and 2017.