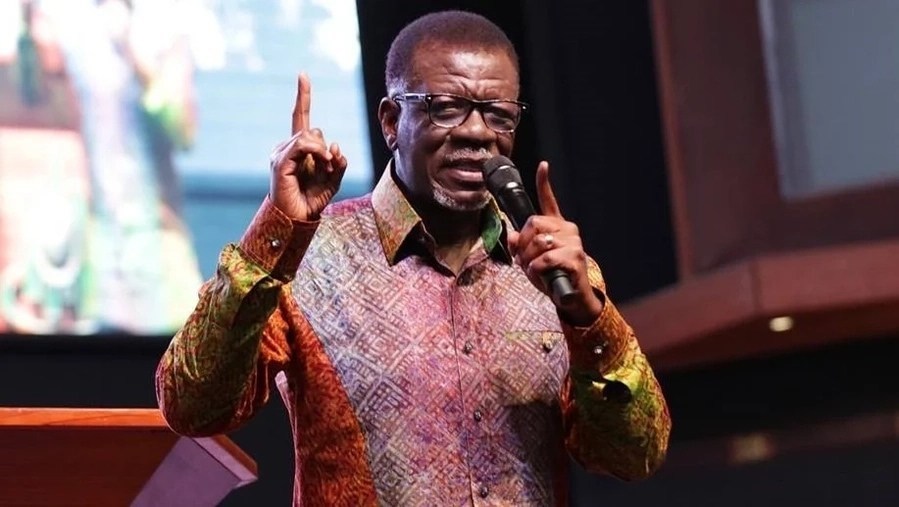 Anyone who decides to subject some inscriptions in the Christian sacred book to critical scrutiny will have a lot of questions to be asked. This is because some stuff in the Bible are utterly stupid and senseless to critical thinking minds as in the voice of Pastor Mensa Otabil.

According to the leader and founder of International Central Gospel Church (ICGC) preaching to his congregants which was aired by TV3 on Sunday, May 26, 2019, he explained the reason for describing some scriptures in the bible as senseless.

He made reference to some of the scriptures in the bible which he sees as ‘senseless and stupid’ to him. He also questioned his congregants over their take about what he said.

Quoting some scriptures in the Bible he sees as ‘senseless’, Dr. Mensa Otabil cited the inscriptions according to Luke 6:29 and quizzed that “why should the Bible say that, if someone slaps you on the left you should turn the right to the person as well? It doesn’t make sense, which of you can do that?”

The general overseer of the International Central Gospel Church, Pastor Mensa Otabil also said, “why should I give while I’m supposed to save? It is senseless”

He added that, some of these scriptures he quoted are the foolishness of God, on the other hand, he cited, “If someone comes to your house and steal your fridge will you tell the thief to come for your television in addition? Mensa Otabil asked his congregants “how many of you can do it? There was no response, and then he stated, “it doesn’t make sense”.

Nonetheless, Dr. Mensa Otabil summed everything by saying, “The nonsense of God is wiser than the sense of men”. Thus, some of the inscriptions or if you like scriptures in the Bible do not make sense, however, no human wisdom can be compared to the senseless of the Ultimate Reality or God.