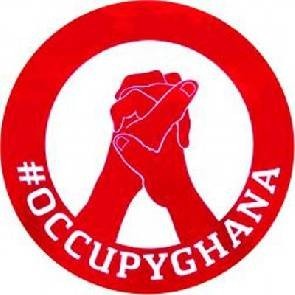 Pressure group Occupy Ghana has voiced its displeasure and opposition to plans by government to lift the ban on small scale mining in the country.

According to the group, about 95 percent of mining licenses in the country have no parliamentary ratification, hence are illegal and as such should not be allowed to operate.

Group member Kwaku Segbefia said on an Accra based radio station and monitored by BestNewsGH.com that all licenses issued by the Minerals Commission are invalid as a result of their non-ratification by parliament.

The group argues that government’s roadmap on the reopening of small scale mining is incomplete without the attached parliamentary ratification on the document.

According to Mr. Segbefia, the roadmap as issued by government is also silent on how destroyed lands and water bodies will be reclaimed, explaining that the group wants to see a complete document that takes into account all angles of the issue before government goes ahead to lift the ban.

‘’Another issue of concern to us is the issue of foreigners involved in the illegal and small scale mining business. We are all aware that it was the issue of these foreigners that brought up the galamsey issue. This too the document has not addressed and so we feel that it is not complete, it is not holistic and government must consider all these before lifting the ban’’ he said.