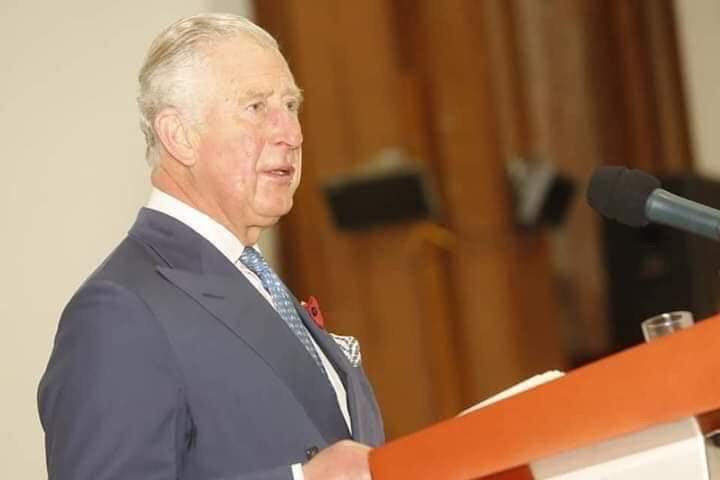 The Heir Apparent to the British throne and Head of the Commonwealth, Prince of Wales, Prince Charles, has described the era of slave trade as a shameful period in Ghana’s relations with Europe and in particular the United Kingdom.

In his keynote address at the Commonwealth inspired Public Lecture on the theme; “Towards A Common Future,” at the Accra International Conference Centre (AICC), the Prince of Wales, described the slave trade as the most painful chapter in the history of Ghana’s relationship with the United Kingdom and the rest of the European Union. The United Kingdom and the rest of the world, he said, ought to ensure that slave trade does not recur in any form or shape in the history of mankind.

“While Britain can be proud that it later led the way in the abolition of this shameful trade, we have a shared responsibility to ensure that the abject horror of slavery is never forgotten, that we uphold the existence of modern slavery and human trafficking and that we robustly promote and defend the values which today make it incomprehensible for most of us that human beings could ever treat each other with such utter inhumanity,” Prince Charles said.

“It seems to me that there is tremendous potential for the Commonwealth to share best practices and coordinate its response to these kinds of disasters,” Prince Charles said.

One of the fundamental challenges that the planet is facing, according to Prince Charles, is the issues of plastics that are finding their way into the sea. He observed that about 8 million tonnes of plastic enter the ocean every year, soon to reach a staggering one tonne of plastic for every three tonnes of fish in the sea, making the dead zones in the oceans, now numbering about four hundred, continuing to grow.

“To deal with the threat on the blue economy,” Prince Charles said, “surely we must find a way to protect and conserve our oceans and develop a truly sustainable secure approach to the blue economy, as we must to the rest of our economic activity.”

The event which was attended by President Akufo Addo, former Presidents Jerry John Rawlings, John Kufour, and John Manama, started with an exhibition that showcased the several projects that the United Kingdom has supported Ghana in executing and those that are still ongoing.

The Commonwealth is a voluntary association of 53 independent and equal sovereign states. The Commonwealth is home to 2.4 billion people and includes both advanced economies and developing countries. Thirty-one of her members are small states, many of which are island nations. The shared values and principles of the Commonwealth are inscribed in the Commonwealth Charter. Member countries are supported by a network of more than 80 intergovernmental, civil society, cultural and professional organisations.

The last country to join the Commonwealth was Rwanda in 2009. The Commonwealth Secretariat, established in 1965, supports Commonwealth member countries to achieve development, democracy and peace. The vision of the Commonwealth is to help create and sustain a Commonwealth that is mutually respectful, resilient, peaceful and prosperous and cherishes equality, diversity and shared values. It also has as its mission to support member governments, and partner with the broader Commonwealth family and others, to improve the well-being of all Commonwealth citizens and to advance their shared interests globally.