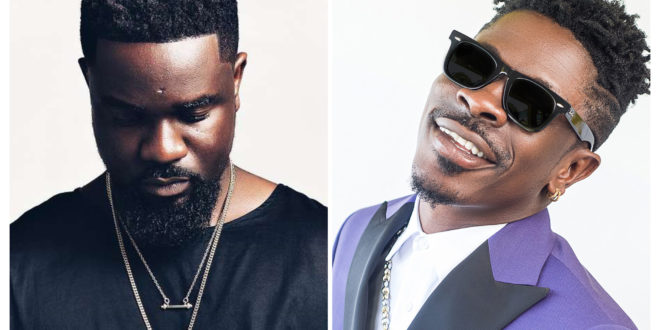 The verdict of most Ghanaians is that self-acclaimed dancehall king, Charles Nii Armah Mensah, known popularly as Shatta Wale is richer than rap sensation Sarkodie.

Accra based Adom which carried out a random sample interview of people in the streets of Accra all vouched for Shatta Wale.

The decision by the radio station to carry out the ‘who is who’ survey comes on the heels of the recent rumpus between the two in which Sarkodie released a single dubbed ‘Advise’, a diss sort of song in response to an earlier suggestion by the SM boss that most Ghanaian music artistes were broke and only glittered outside, but faced severe financial challenges at home.

Shatta Wale was explicit when he mentioned Sarkodie, StoneBwoy and Kwaw Kesse in particular, something that got all of them angry.

But Ghanaians believe that when it comes the one that controls money between Sarkodie who is also the boss of Sarknation, they believe Shatta Wale stands tall in terms of financial liquidity.

They said Shatta Wale spends and it is obvious money ‘smells’ on him and that Sarkodie cannot compare himself to him.

Of all those interviewed, not even a single one of the vouched for the Sarknation boss.