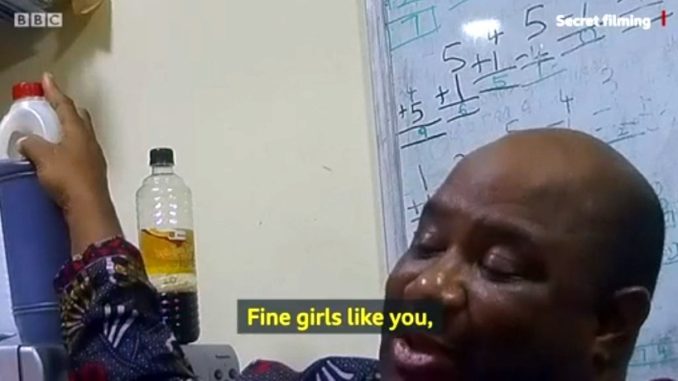 The University of Lagos, Nigeria, says it is highly embarrassed by an undercover investigation which featured one of its lecturers, Dr Boniface Igbeneghu, sexually harassing a “female student.”

A statement signed by Principal Assistant Registrar (Communication Unit), Mrs Taiwo Oloyede said the university “dissociates itself totally from this act(s) and any inappropriate behaviour of staff with female students and vice versa.”

In a documentary aired on Monday by the BBC Africa Eye, Dr Boniface Igbeneghu was caught on tape sexually harassing an undercover reporter, posing as a prospective student.

The University of Lagos which says it has a zero-tolerance policy toward sexual harassment has suspended Dr Boniface Igbeneghu following the allegation against him.

“As a reputable Institution and one of the foremost Universities in Nigeria and sub-Sahara Africa, we are highly embarrassed by these allegations and we will do all that is necessary to ensure that this menace is checked in our institution.

“The University of Lagos is committed to providing a conducive and safe learning environment where future leaders are trained to take responsibilities for their action,” the statement said.