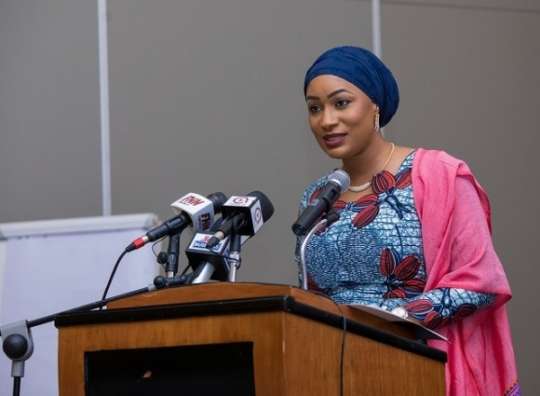 Second Lady Samira Bawumia has called for concerted efforts to reduce air pollution since its effects on humans remain a major challenge in Africa and Asia.

She indicated that indoor and outdoor pollutions are the significant environmental contributors to premature death in Africa.

She made the appeal at a ceremony to mark World Environment Day, a flagship campaign for raising awareness on emerging environmental issues from marine pollution, human overpopulation, and global warming to sustainable consumption and wildlife crime.

The national theme was ‘Clean Air, Our Lifeline and Shared Responsibility’.

According to the Environmental Protection Agency (EPA), about 20,000 people die annually from exposure to air pollution in Ghana.

Out of the figure, about 2,800 lives were lost in the Greater Accra Metropolitan Area (GAMA), with the number projected to increase to approximately 4,600 by 2030.

According to Samira Bawumia, seven million people die annually due to the combined effect of household pollution.

“Air pollution can affect you regardless of who you are and your economic status because you can’t control the air you breathe and so there’s the need to reduce it,” Samira Bawumia stated.

The Deputy Minister for Environment, Science, Technology and Innovation (MESTI), Patricia Appiagyei, also indicated that there was the need to ensure that whatever was causing air pollution was dealt with.

It was sad to note, the Deputy Minister said, that 2,800 preventable deaths occurred in Greater Accra in 2015 as a result of air pollution, which needs to be looked at.

“The effect of air pollution must be a worry to all of us,” she added.

The burning of scraps, she averred, introduces toxic substances into the atmosphere, and this human activity causes air pollution, which was hazardous to human health.

The Deputy Chief Executive Officer of Driver and Vehicle Licensing Authority (DVLA), Prince Opoku Edusei, on his part, said that his outfit would ensure that drivers go through a testing regime before they are issued with licence.

This, he assured, would help achieve cleaner air for breathing.  Ghana has marked the World Environment Day to encourage awareness and action for the protection of the environment.

The global theme for this year’s World Environment Day is ‘Beat Air Pollution’.