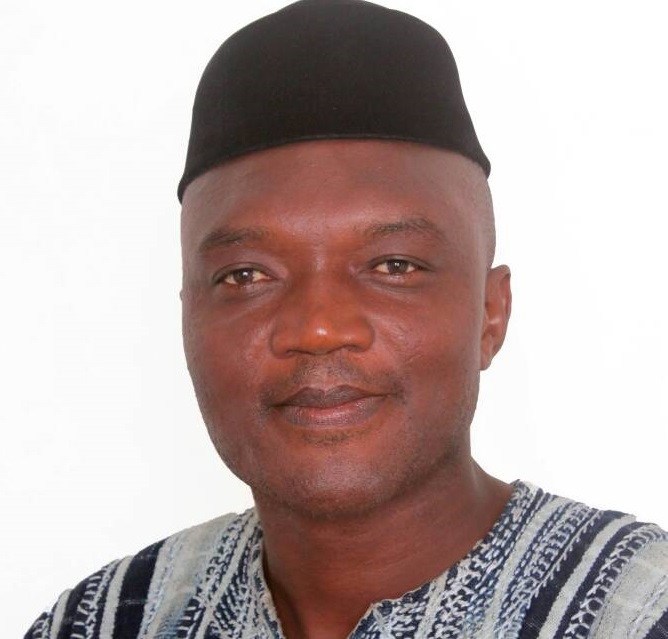 An error-ridden letter written and signed by the District Chief Executive for the Sawla-Tuna-Kalba District, Lawal Tamimu has gone viral on social media and received several trolls from several people.

The letter in question, captioned ‘’Visit of his excellency the vice president’’ has several spelling mistakes.

The other error is the spelling of Football field which was spelled as ‘Football filed’.

See the letter below: 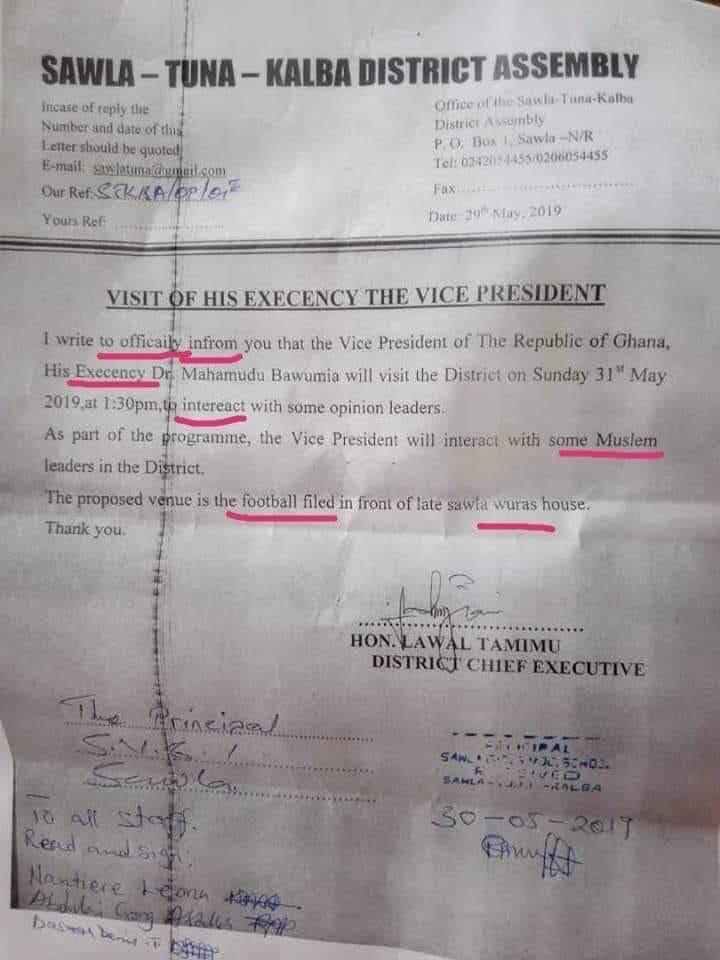 This has attracted comments from several people including Peter Serinye of Accra based Metro TV, who wrote on his Facebook Page ‘’I weep go Sawla-Tuna-Kalba District. Lawal Tamimu, you need Free SHS now. 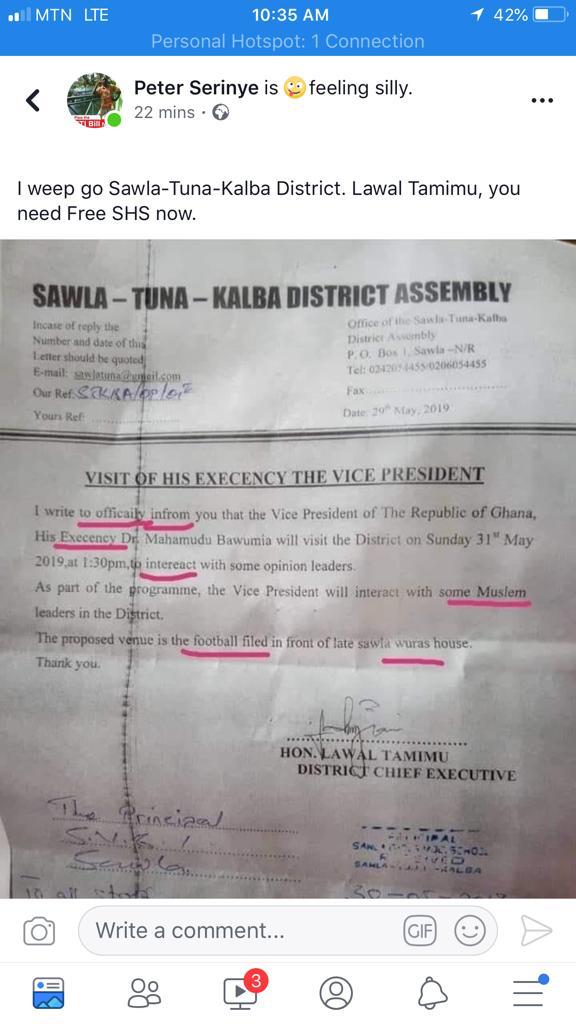 Della Russel of the Daily Graphic wrote ‘’Just for laughs? Let me be (with the walking away Emoji). 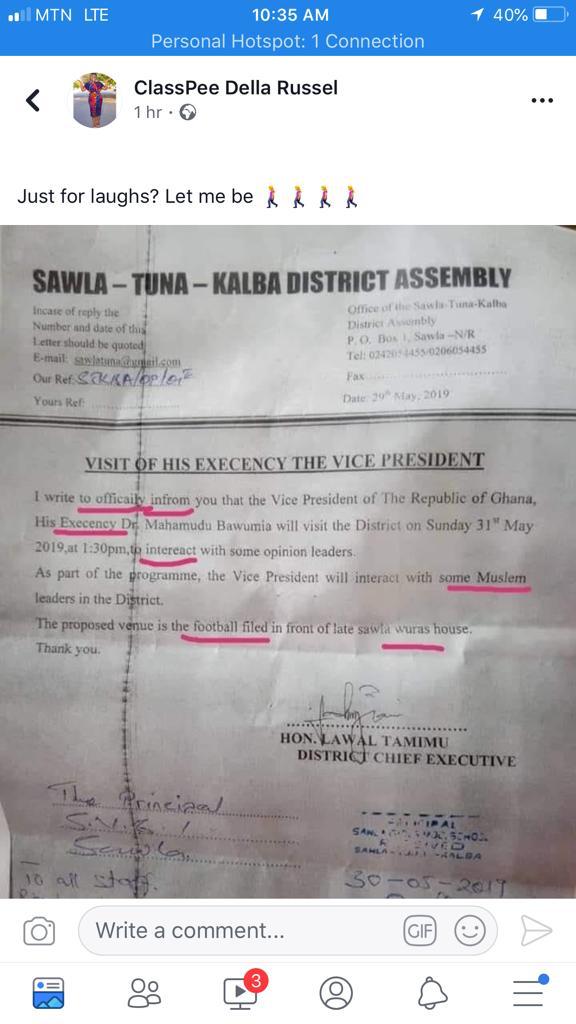