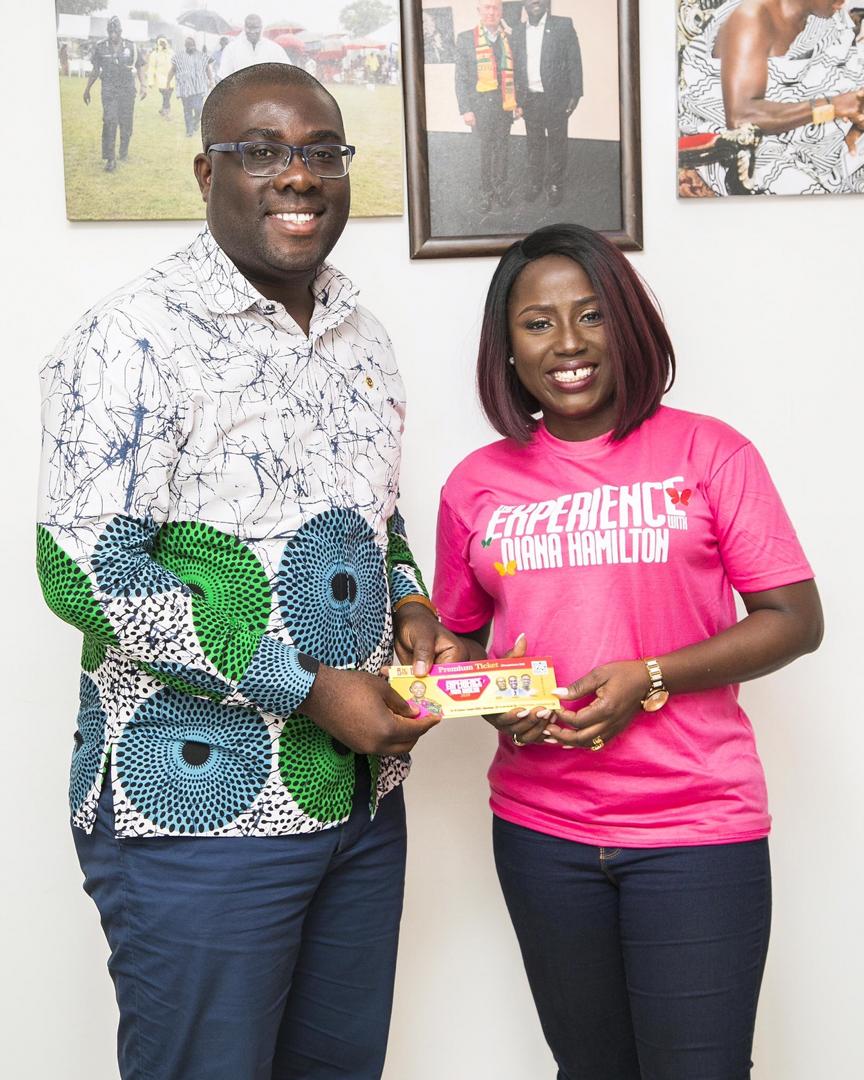 The National Organiser of the ruling New Patriotic Party (NPP), Mr. Sammi Awuku has introduced a new concept of campaigning into the Ghanaian political landscape.

Mr. Awuku who also doubles as the Board Chairman of the Youth Employment Agency (YEA), engaged the general public on his Facebook Page, giving away free tickets for deserving people to attend an event being organised by Gospel Superstar, Diana Hamilton.

BestNewsGH.com can report that Mr. Awuku in a typical way of marketing the NPP and the YEA, threw questions to the public and asked them to answer, following which those who get it right, will get free tickets to attend the event which is slated for Saturday, February 15, 2020.

Some of the questions posted by the charismatic and dynamic NPP National Organiser and sighted by BestNewsGH.com are as follows:

Question: What is my favourite music of Diana Hamilton?

Question: Why do you think you deserve a ticket to be at Experience with Diana Hamilton 2020?

This is the first time a national officer of a political party has embarked on such a campaign, particularly in an election year.

A cross section of the public who monitored the interaction on Facebook could not help but commend Capo, as Mr. Awuku is affectionately called, for taking political campaigning to another level.

They lauded him for always setting the pace and for levering on technology, particularly Social Media to reach out to the masses.