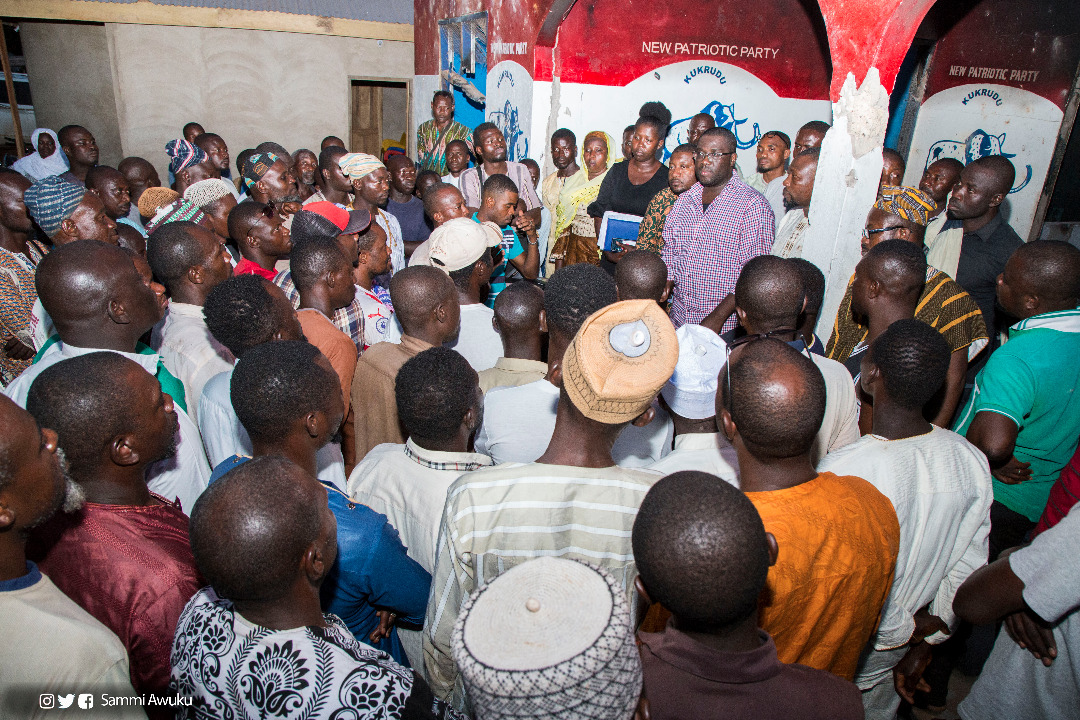 The Charismatic National Organiser of the ruling New Patriotic Party (NPP), Sammi Awuku on Friday March 8 2019, launched a scathing attack on the Youth of Salaga in the Savanna Region after inspecting the burnt Salaga office of the NPP.

The crowd puller National Organiser and his team of Organisers at the National Level who have been touring the various constituencies in the Upper West, Upper East, North East, Northern and the Savanna Regions descended heavily on the hundreds of youth who had gone out to welcome him upon hearing of his arrival in the constituency.

He minced no words in describing the incident as an act of barbarism which was absolutely uncalled for and cautioned the youth to refrain from the use of violence at the least misunderstanding in registering their displeasure at issues they are not happy about. 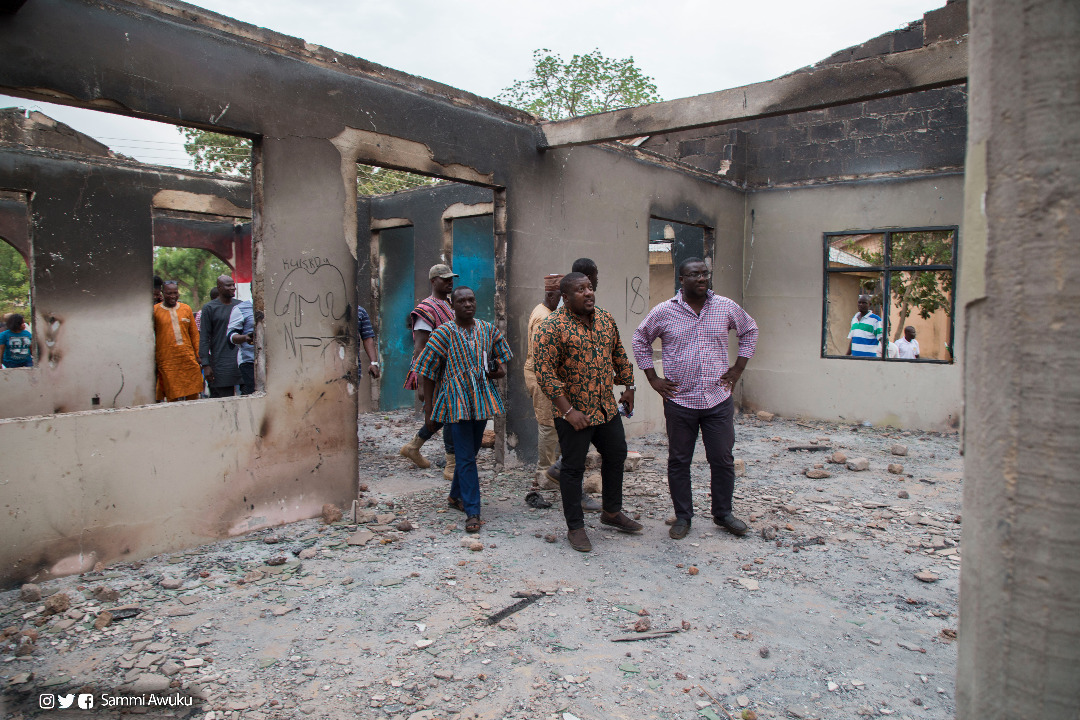 The youth of the town after learning about government’s decision to name Damongo as the capital of the Savanna Region recently, took to the streets to register their displeasure and in the process set the NPP office in the constituency ablaze.

The hardworking political youth icon said ‘’just last year you had the most beautiful Party office when I visited, but today sadly you have become homeless and office-less due to your actions, the Party frowns on these acts and we will ensure all those involved are dealt with. In politics we all must make compromises one way or the other.  You burnt your Party office because Salaga was not named the Regional Capital, meanwhile the President has other plans for you and has shown you grace by appointing your MP as Regional Minister’’.

The National Organiser who did not hide his disgust also issued a stern warning to any youth group or groups who are nursing and harboring intentions of undermining the Government or Party’s effort to rethink of their strategy as the Party and government won’t condone any of such acts.

The youth, after listening to Mr. Awuku and deducing the anger from his tone openly apologized to the Party and promised that they will all get involved in the quest to rebuild the Party office and support the Constituency Leadership to Campaign vigorously to retain the seat for the NPP.

Sammi Awuku has also been meeting with the various Vigilante Groups affiliated to the NPP in efforts to whip them in line per the President’s call to the NPP and NDC.

He has so far met with Invisible forces, the Rock and Kandahar Groups within the Regions and has achieved the success that the Party has been yearning for all this while in terms of taming such groups and whipping them in line. 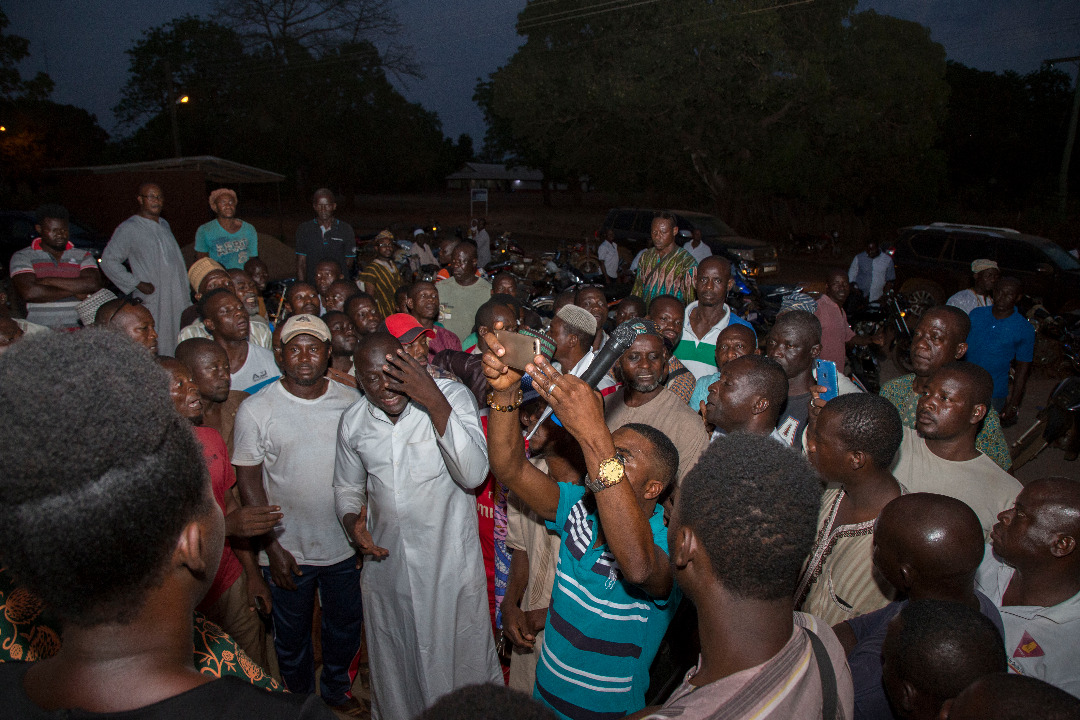