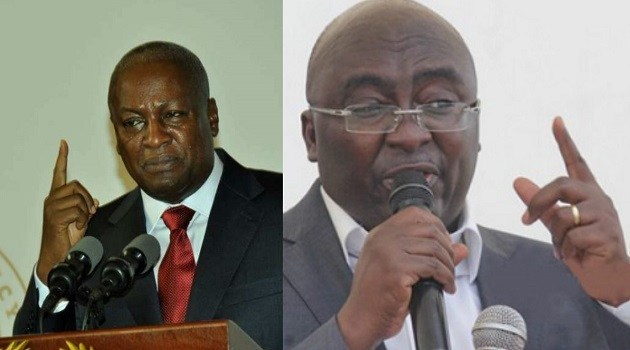 The call for NDC to show “one social intervention it implemented” can only be described as a call by someone who does not read and hardly understands the purpose of governance.

NDC stands taller than NPP in this provision. It is imperative that those who clothe themselves in the cocoon of ignorance read to enrich their knowledge and utter responsible statements.

It is obvious that they cannot match NDC’s infrastructure achievement record. An attempt to seek refuge in Kufour’s social interventions will not help them. They (NPP) have been a disappointment in providing social intervention programs.

It appears to me that, this challenge coming from the Vice President stems from a very poor understanding of what Social Interventions are.

By the way, some two months ago, I listened to a BBC documentary where the British expert illustrated how roads, when constructed count for Social Interventions to the extent that they save lives, and keep families from falling into destitution due to accidents and deaths of breadwinners; Good roads facilitate easy access to markets from farm gates and health care facilities.

It is  therefore absolute dishonesty to contrive a narrow minded definition for “Social Interventions” to score a nonexistent parochial objective.

These are SOME of the social interventions carried out by NDC:

One can not regard free SHS as social intervention and ignore the provision of education infrastructure.

It makes me wonder when NPP knew the usefulness of social interventions.

I could go on and on.

Please note that, NDC did all these things and still managed to build the most and prestigious part of Ghana’s infrastructure. So, anything beautiful you find in Ghana today, is most likely built by NDC.

The fact is that, NPPs achievement is a joke when it comes to government delivery, not to talk about social interventions.

NDC does big with little or no publicity.

You remember how NPP launched the trainee allowances with brass band.

These are guys who will commission toilets with the President in attendance.

Health insurance was first conceptualized and piloted by NDC during Rawlings.

When we were all growing up, we were fed in schools. So school feeding is not an innovation by NPP.

So it was not introduced by NPP.

If anything at all, NPP only cancelled and reintroduced what they came to meet by removing some exemptions from the policy.

This is what the NPP in paragraph 126 of its 2001 budget said; “In the 2000 Financial Year Government continued to fulfill its commitment to poverty reduction and allocated about 17.4 per cent of total Government expenditure for the provision of basic services for the poor and free medical attention for pregnant women, infants, the aged and for others and selected diseases qualified for exemptions”.

That’s NPP obviously referencing what is contained in Kwesi Botwey’s budget statement of 2000, admitting what they inherited.

This is not nouvelle. Nothing new.

NPP itself admits that, people from the north were enjoying free education and it was about time for the rest of the country to also enjoy free education.

Secondly, if people of the North were already enjoying their free education before Nana Addo came, then his free SHS didn’t offer anything new to them.

Finally, even in their own free SHS, implementation was not universal. It was and still is progressive till the final batch of students are covered.

By the way, most of NPP policies are being haphazardly implemented as they lack strategic backing with documented policy guidelines.