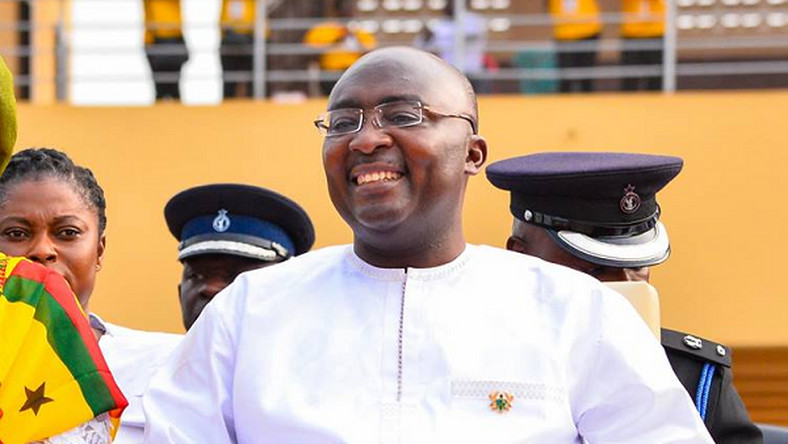 It has now been confirmed that Dr Mahamudu Bawumia  has been the biggest challenge facing the opposition National Democratic Congress in selecting a running mate for the 2020 elections.

The NDC in the open has always downplayed that fact that Dr Bawumia has been a thorn on their flesh but secretly hunting for someone with same pedigree as Dr Bawumia to match him boot for boot to enhance their chances of bouncing back to power.

Mr Alex Mould a former Chief Executive of the Ghana National Petroleum Company (GNPC) who is among those tip to partner John Mahama in the upcoming elections in an attempt to better his chances of getting the slot has called on the NDC to pick him as a running mate because he is a capable match for Vice President Dr Mahamudu Bawumia.

Speaking to Evans Mensah on JoyNews‘ PM Express, Mr Mould opined that, the knowledge and experience from years of churning successes in various entities he has handled puts him in the best position to counter the prowess presented by the second gentleman of the land.

The general secretary of the NDC Mr Johnson Asiedu Nketiah has said on countless occasions and recently on TV3, that Dr Bawumia does not posse a single threat to the NDC but through Alex Mould it has been revealed that Dr Bawumia has been set as a benchmark for the possible partner to John Mahama.

A video which emerged on social media captured the  Minority Chief Whip, Alhaji Mohammed Mubarak Muntaka parting and referring to Adongo as Bawumia, Bawumia for splendid delivery at a press conference.

The former Chairman of the National Democratic Congress in the Central Region, Bernard Allotey Jacobs speaking during a radio programme on Peace Fm warned that it would be suicidal for the NDC to downplay Bawumia’s relevance in Ghana’s political space and especially, going into the 2020 elections.

“The greatest problem my party is facing is that up till now we have not nominated our Vice President so Vice President Mahamudu Bawumia is raising the bar, he is really raising the bar and it will go to the extent that we would have to get someone with his pedigree to interface with him” he said on Peace FM’s Kokrokoo programme hosted by Kwami Sefa Kayi.

Dr Mahamudu Bawumia’s presentation is always ladened with facts and irrefutable data together with mastered complex art of political communication and the NDC with no one to respond appropriately usually unleash their most acerbic tongues to attack the Vice President anytime he speaks.