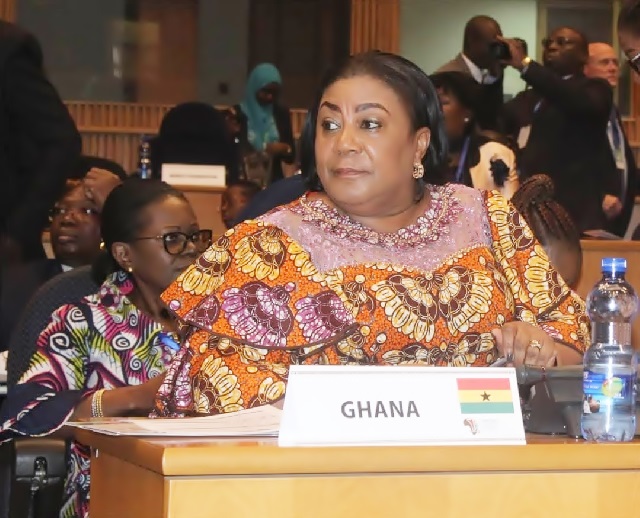 The Rebecca Foundation has announced the expansion of its social intervention programmes to enhance girls’ education and gender equality.

Executive Director of the foundation and First Lady of Ghana, Mrs. Rebecca Naa Okaikor Akufo-Addo said initiatives like ‘Learning to read, Reading to learn’, ‘Because I Want to Be’ and ‘Terema’ have had a positive impact in the lives of beneficiaries, hence, the need to reach more people.

Mrs. Akufo-Addo made the announcement at the Open Session of the 24th Ordinary General Assembly of Organisation of African First Ladies for Development (OAFLAD), in Addis Ababa, Ethiopia.

Outlining achievements chalked by the Rebecca Foundation and its future plans, Mrs. Akufo-Addo said the ‘Because I Want To Be’ initiative which uses a mentorship empowerment model to ensure the continuous education of girls to achieve a comprehensive set of social, human, and economic assets has been very successful.

Under the ‘Learning to Read, Reading to learn’ initiative, the Foundation, in 2019 built four libraries and donated books to 10 communities, in addition to the launch of a nationwide television reading programme.

“We will expand the television programmes and build more libraries and donate more books,” she added.

The two-day meeting held on the side-lines of the 33rd Assembly of the Heads of State and Government of the African Union (AU) was themed, “Gender Equality and Women Empowerment: A Pathway to the Africa We want.”

First Ladies of member African countries also took turns to showcase what they are doing together with their partners to enhance gender equality and rights of women and girls in their respective countries.

At the end of their meeting, OAFLAD renewed their commitment to support proven high-impact, cost effective interventions on advancing gender equality and women empowerment.

They again committed to advocating for the elimination of harmful practices such as Female Genital Mutilation and child marriage and legal frameworks to address gender-based violence against women.

“We commit to promote girls education and gender equality, women’s economic empowerment and financial inclusion and to support innovative campaigns and continuous dialogues to transform social and cultural norms that inhibit women’s rights,” a communique issued at the end of their session, stated.