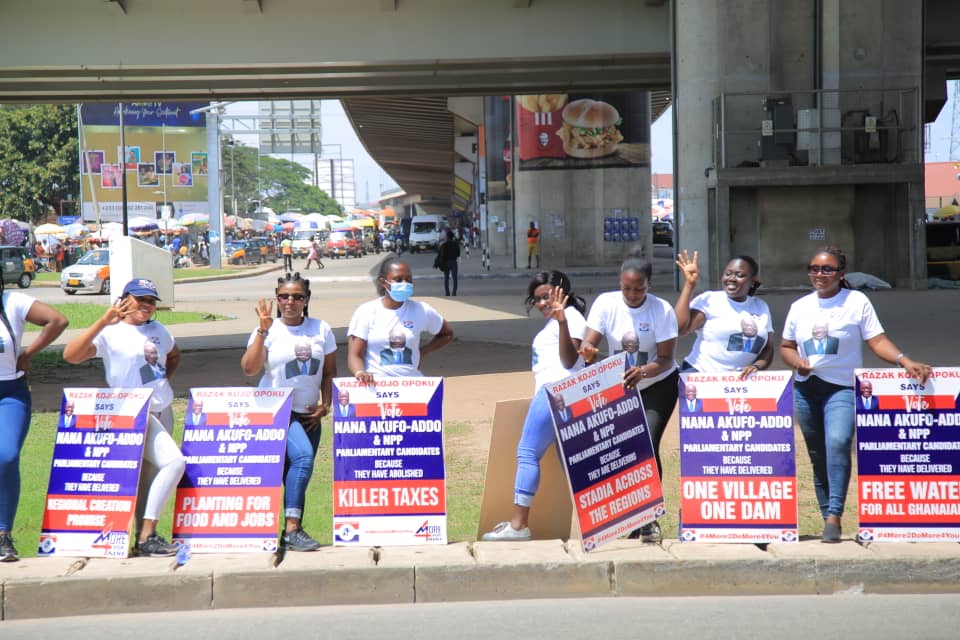 As the 2020 elections draws near, a vigorous political campaign to ensure the re-election of the New Patriotic Party (NPP) Presidential candidate, President Nana Addo Dankwa Akufo-Addo and all the 275 Parliamentary candidates of the party, took off yesterday, Tuesday October 13, 2020 in some parts of Accra.

Scores of the party ladies, clad in the NPP colours, were seen around the Kwame Nkrumah Interchange in Accra with placards bearing different inscriptions to promote the achievements of the Akufo-Addo led government.

The campaign, which was initiated by the President and Founder of Concerned Voters Movement (CVM), Razak Kojo Opoku, is expected to be replicated throughout the country.

The Akufo-Addo-led government’s policies and initiatives such as Free SHS, One-Village-One-Dam, One-District-One-Factory, NABCO, Planting for Food and Jobs, Rearing for Food and Jobs, Digitizing Ghana and mobile money interoperability among others, according to Mr. Kojo Opoku, must be promoted. 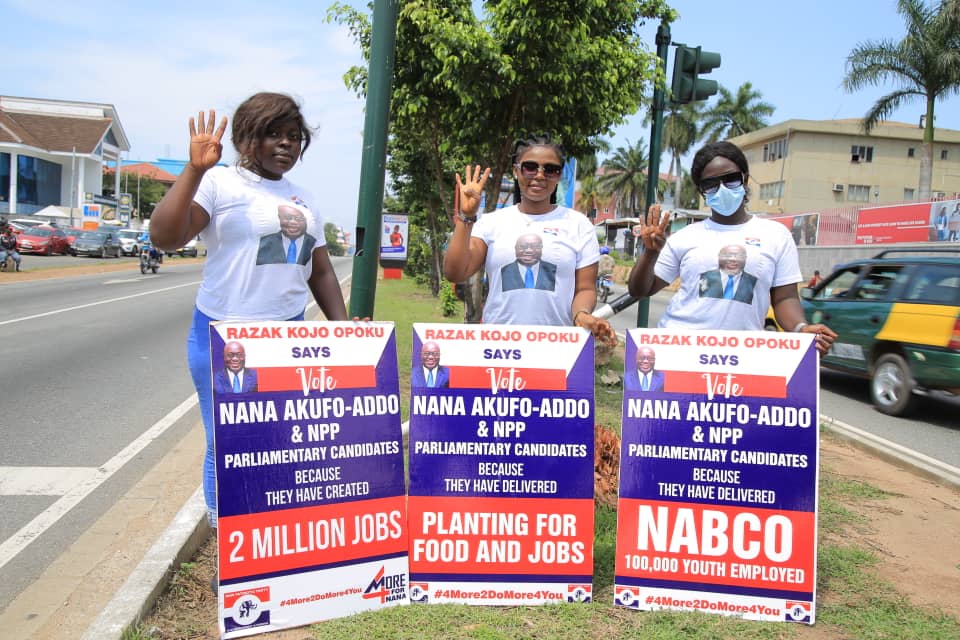 ‘’There have never been a government in the history of this country which has introduced and implemented such laudable, forward-looking, development oriented and human-centred policies like this government has done.’’ Mr. Kojo Opoku opined.

Mr. Kojo Opoku is of the view that President Akufo-Addo and his team will be able to deliver the full complement of the NPP manifesto promises to the good people of Ghana, if the Ghanaian people renews their mandate for another four-year term.

According to him, the current administration is on course to transforming the country and must be supported by all well meaning Ghanaians who wish to see the country on the path to prosperity and progress.

He said President Akufo-Addo’s integrity and incorruptibility makes him the right man to stay at the helm of affairs to take the country to the promised land.

Mr. Kojo Opoku lampooned and berated the opposition National Democratic Congress (NDC) and its flagbearer, John Dramani Mahama for mismanaging the country and having the guts to seek to be brought back to power.

He admonished the generality of the Ghanaian people to be mindful of the deceit of the NDC, warning that as the elections draw close, the opposition will fabricate and concoct stories with a view to maligning and denigrating the president and his government for political expediency. 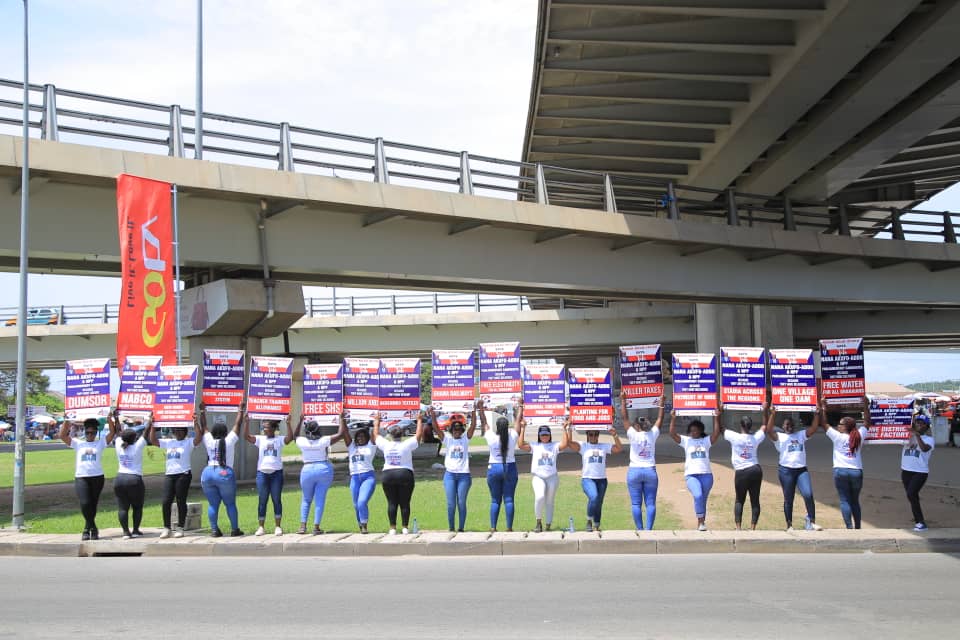