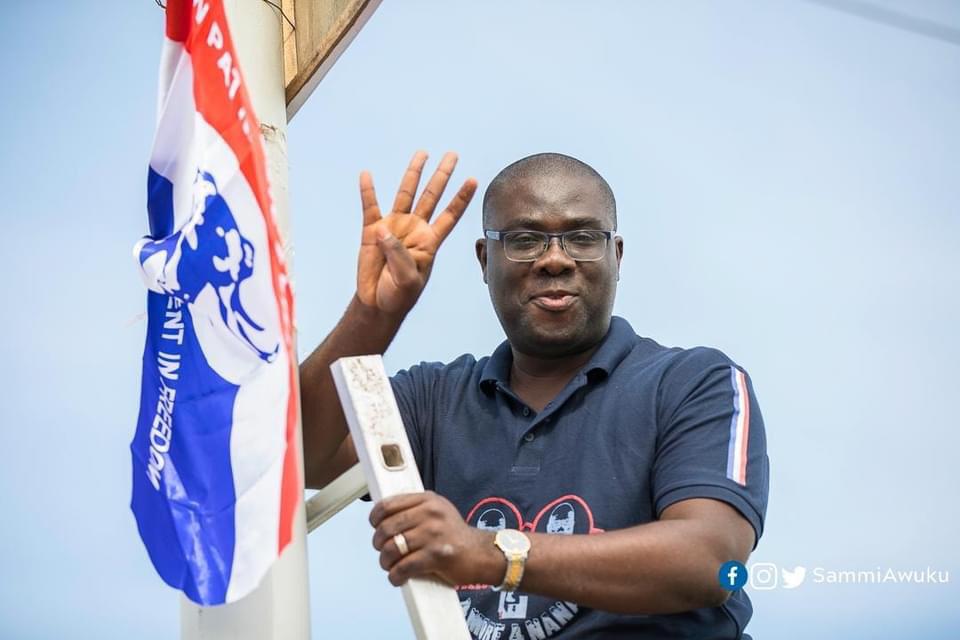 The National Organiser of the ruling New Patriotic Party (NPP), Mr. Sammi Awuku has urged the generality of the Ghanaian people to be part of the making of history by working hard to retain the NPP and Nana Addo Dankwa Akufo-Addo in power.

According to him, anyone who believes in the vision of the ruling party and the president must join the campaign train by helping spread the good works that have been done and are being done.

The iconic and hardworking NPP National Organiser earlier today, Tuesday October 13, 2020, joined volunteer groups, Organisers and youth of the Party on the streets of the National Capital, Accra on a massive campaign that saw him show leadership by example by climbing poles to paste posters and hoist party flags and other paraphernalia of the ruling Party.

In a message posted on his Facebook page after the exercise, Mr. Awuku who also doubles as the Board Chairman of the Youth Employment Agency (YEA), Wrote ‘’Early this morning I joined our Organisers, Youth and Volunteer Groups on the streets of Accra to hoist the Famous NPP Flag and Paste Posters of our Strong, Competent and Incorruptible Presidential Candidate H.E Nana Akufo-Addo. The final Push for 4More Years for Nana has gained momentum. Folks Be Part of the History Making and Fly your NPP Colours! #GetInvolved #NPPVictory2020’’ 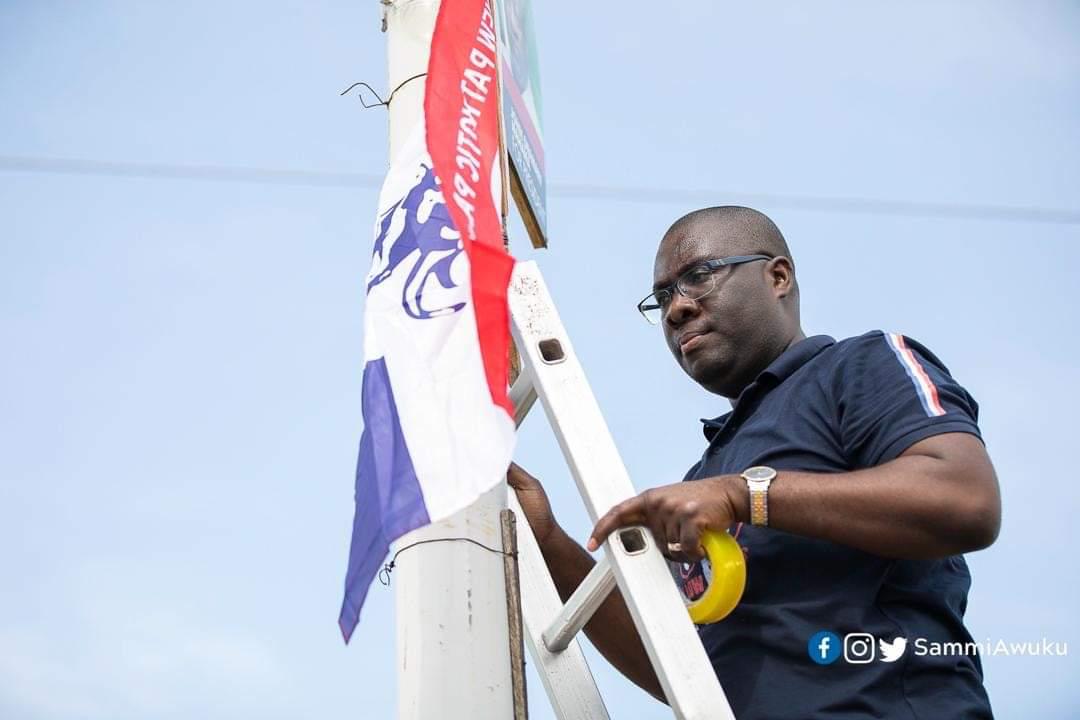 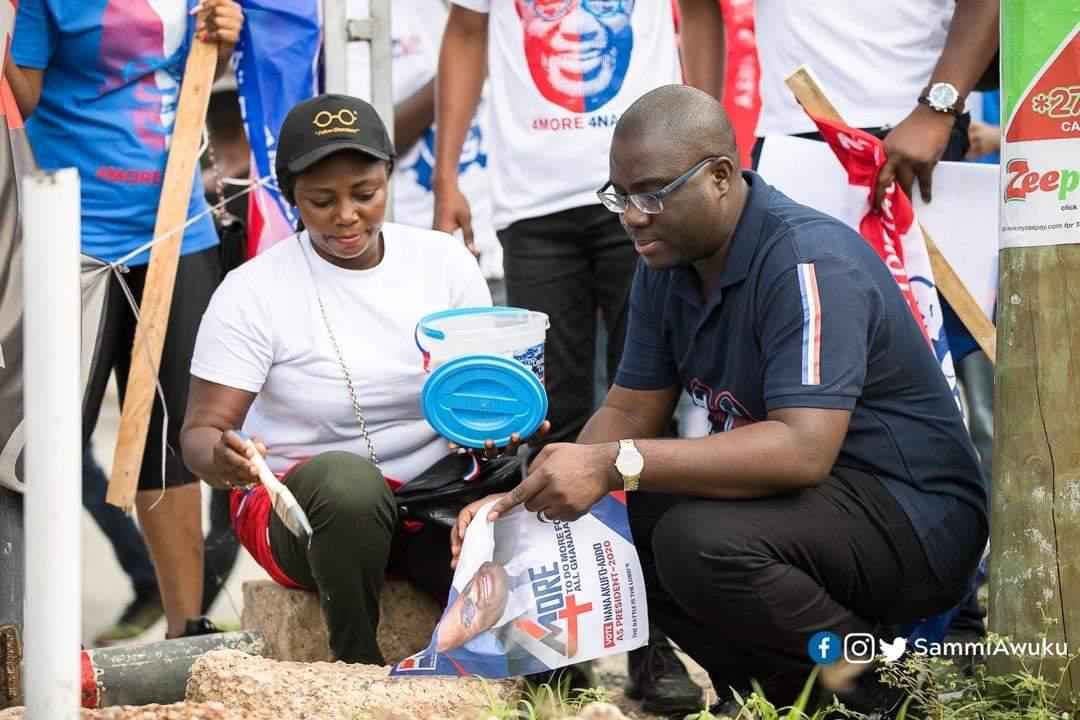 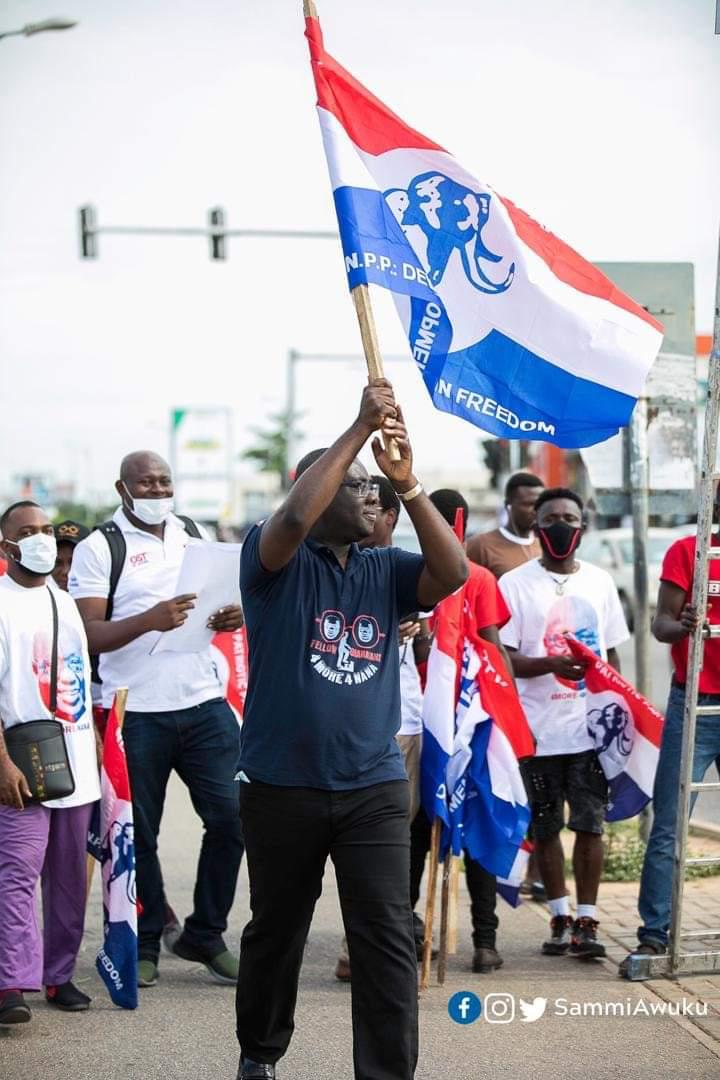