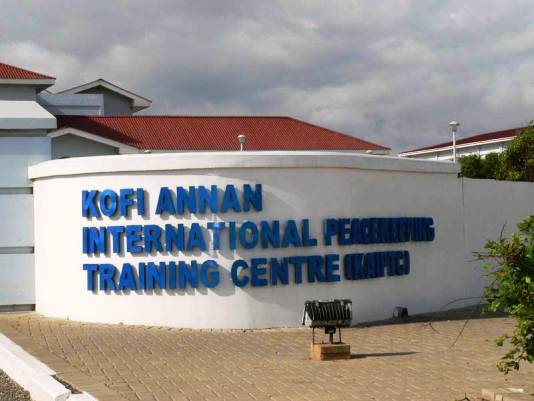 According to him, former president Rawlings had done all the paper work in readiness for the execution of the project which has become one of the finest security training institutions in the world, when the National Democratic Congress (NDC) lost political power.

While paying a glowing tribute to the former United Nations Secretary General, Mr. Kofi Annan whose funeral is currently underway at the Accra International Conference Centre, Dr. Kwame Addo Kufuor said as Minister for Defence, he sought permission from the then president Kufuor and went to Germany where he was able to secure a 1.5 million dollar facility from the German Government to execute the project, as Ghana had declared the Highly Indebted Poor Country (HIPC) status.

According to him, the German government readily granted the facility, citing the integrity of Mr. Kofi Annan, the respect they had for him and the service he rendered to humanity among others.

‘’When we got the 1.5 million dollars, we indeed executed the project and when we competed it, the American government brought money, the UK government also brought money and the Swiss government did same and that is how come the centre today is comparable to none on the continent of Africa. That is what we did to honour him and this was in the spirit of showing appreciation for what he has done for Ghana, Africa and the world’’ he said on Accra based United Television and monitored by BestNewsGH.com.