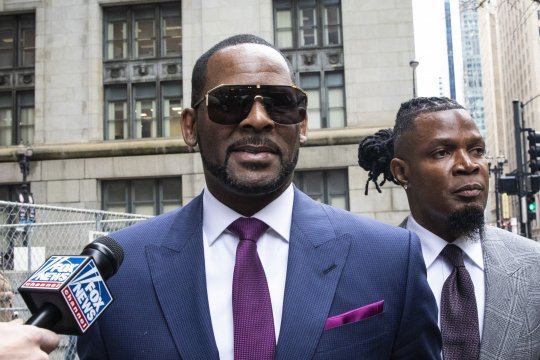 Singer R. Kelly has missed a court hearing, with prosecutors claiming he “refused transport” from jail.

The R&B star was due at a pre-trial hearing for his sex abuse case in Chicago, Illinois, on Thursday.

Kelly’s lawyer said it was “not 100% true” that the singer had refused transport, but explained that “moving Mr Kelly is a large undertaking”.

The singer is currently facing several state and federal charges of sexual abuse in the US, which he denies.

The accusations include sexual assault, abuse of a minor, making indecent images of minors, racketeering and obstruction of justice.

The hearing in Chicago continued without Kelly, but the judge expressed frustration that the musician was absent.

Prosecutor Jennifer Gonzalez said: “The defendant was to be brought to court today. That was all worked out. The sheriffs were going to be bringing him over.

“As I understand it, he refused transport and so that is why the defendant is not before your honour today.”

Greenberg argued that the statement was “not 100% true” but did not expand on why Kelly had failed to make it out of the city’s Metropolitan Correctional Centre.

“I don’t want to discuss matters that I discussed with the US Marshals Service in open court,” Mr Greenberg said. “Suffice it to say, the Marshal Service says that moving Mr Kelly is a large undertaking.”

Kelly is facing charges in Illinois, New York and Minnesota. As no decision had been taken on where Kelly would face charges first, Judge Flood had decided to proceed with a trial in Chicago.

The singer’s next court date in Chicago is 17 September.