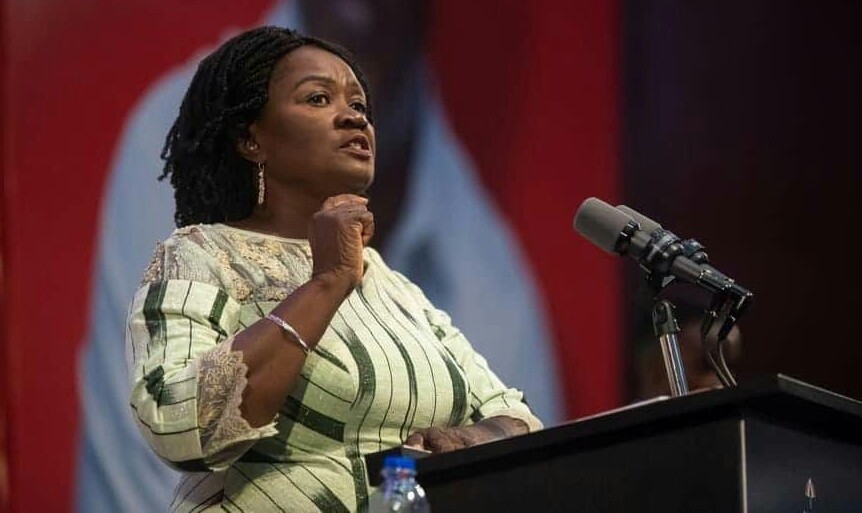 Newly selected Running Mate of the NDC, Professor Jane Naana Opoku Agyemang is under fire for her recent comment that Ghanaian Muslims are being discriminated against.

Professor Naana Opoku Agyemang, delivering her maiden public address on Monday claimed Ghanaian Muslims are being discriminated against and promised that the next government of John Mahama will end that if elected.

But a development advocacy group in the Zongos, the Zongo Movement for Development (ZOMOD) has condemned the NDC running mate for making what it describes as divisive religious comments.

In a statement issued to the press on Wednesday, the group said it is disgusted by the NDC running mate’s resort to religious bigotry and blatant propaganda to advance her political party’s parochial interest.

“During what was supposed to be her maiden major policy address, the NDC running mate delved into unacceptable realm of tribal and religious bigotry by claiming emphatically that Muslims in Ghana are suffering unwarranted discrimination.

ZOMOD said, without alluding to any basis for making such serious claims, the NDC running mate was only embarking on blatant propaganda to inflame hatred and divisive tendencies at the expense of the peaceful coexistence between people of different religious groups in the country.

“This categorical statement by Mr Mahama’s running mate is a blatant propaganda intended to portray Ghanaian Muslims as marginalized second class citizens for the NDC’s selfish interest at the expense of the camaraderie and rights every ethnic and religious group enjoys in Ghana.”

“To baselesslly claim Ghanaian Muslims are being discriminated against on a political platform, is to promote a non-existent friction, and inflame hatred and divisive tendencies which have plunged many countries into chaos.”

The group added that Professor Jane Naana Opoku Opoku Agyemang, as an academician, ought to have known the dangers of pursuing such tribal and religious politics to the country’s stability.

“For an academic who ought to know better about the dangers associated with tribal and religious politics in a fledgling democracy like ours, we are appalled by the divisive path Professor Naana Jane Opoku Opoku Agyemang has chosen to kick-start her running mate role.”

They, however expressed little surprise, claiming the NDC running mate, may be learning fast from her boss, former President Mahama, who the group alleged made similar divisive comments during the 2016 election campaign in Wa.

The group cautioned that the people of Zongo and Muslims in particular, will not fall for such divisive comments during the election campaign, but are rather focused on development-based campaign. 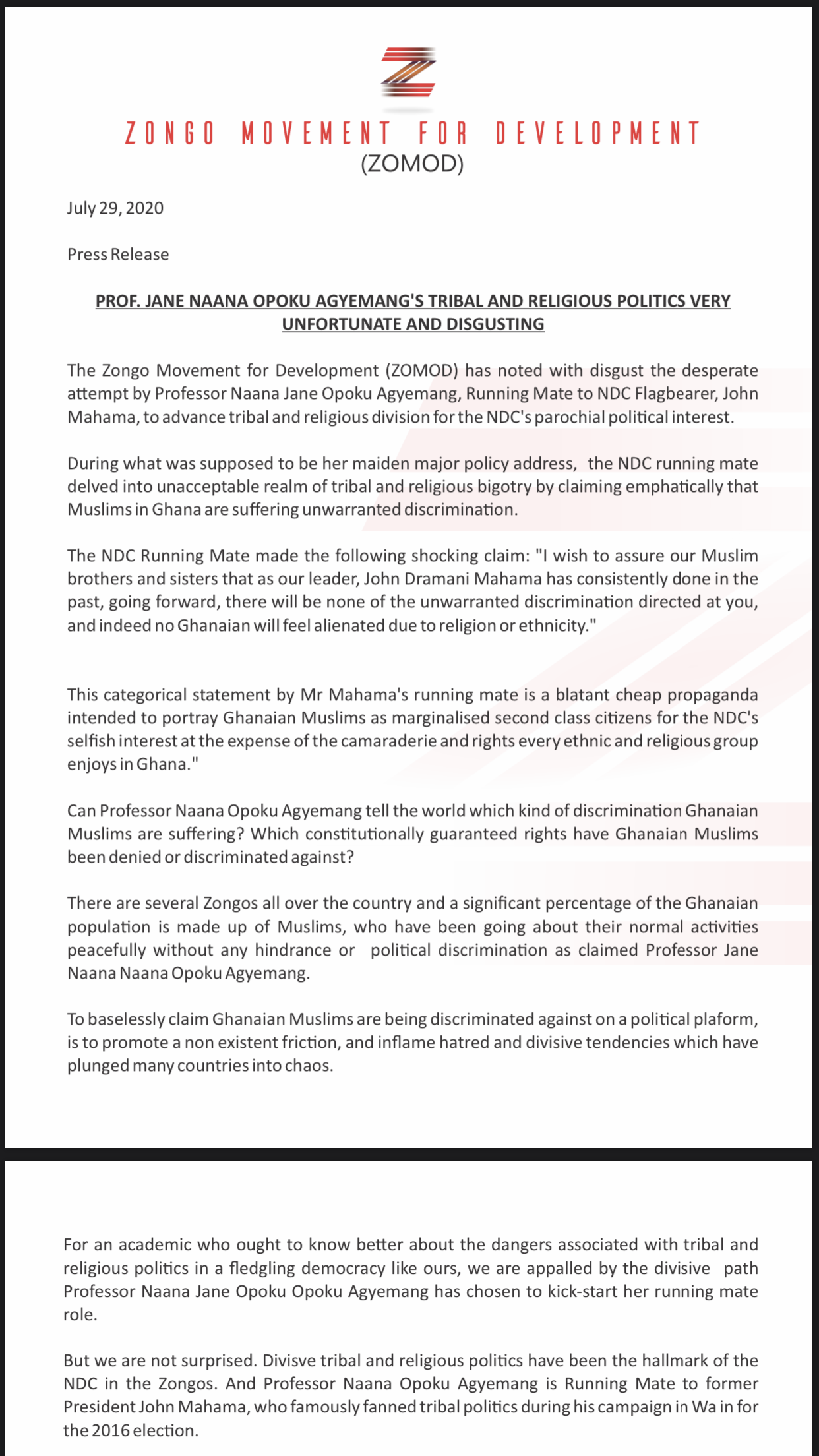 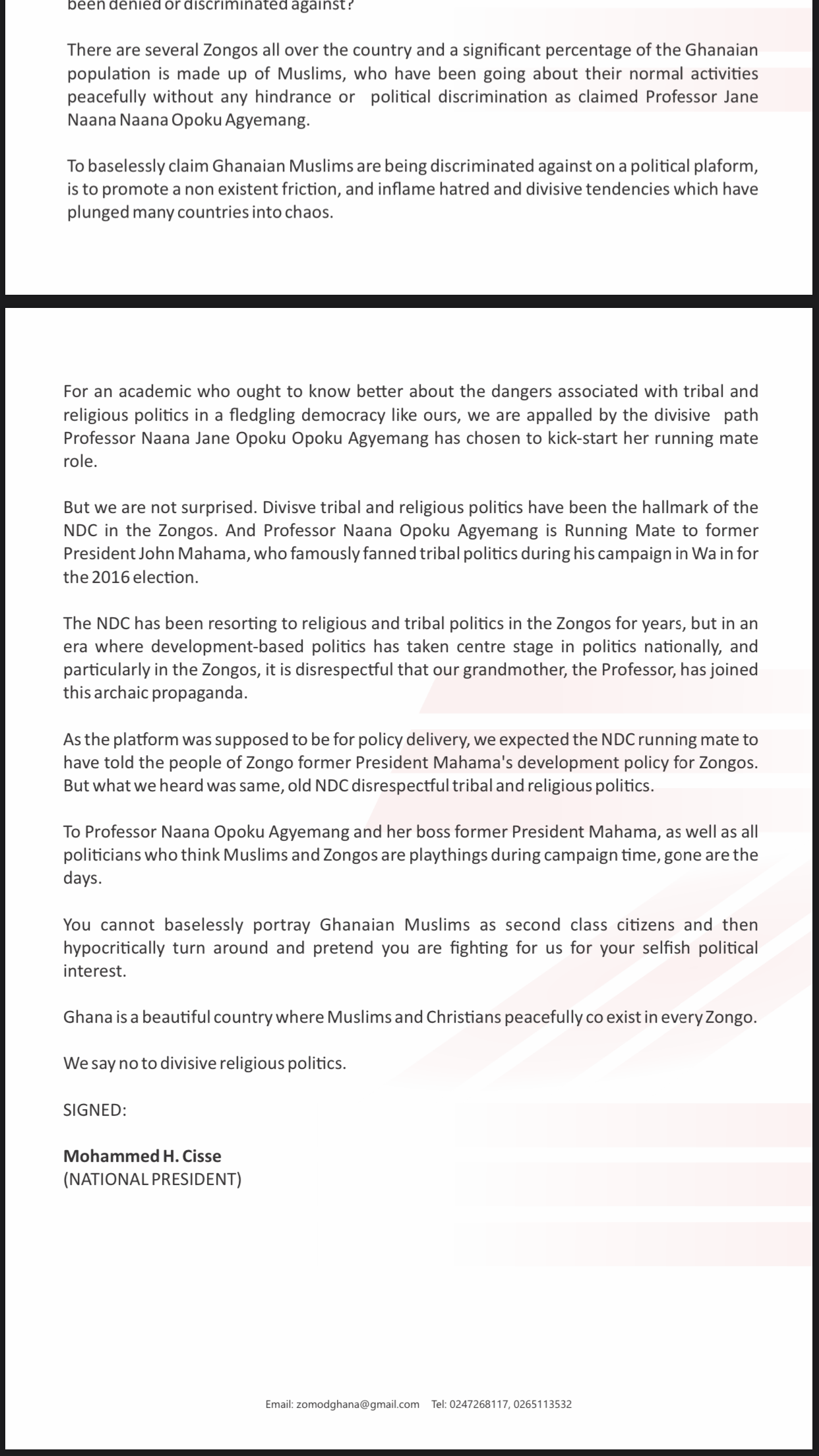