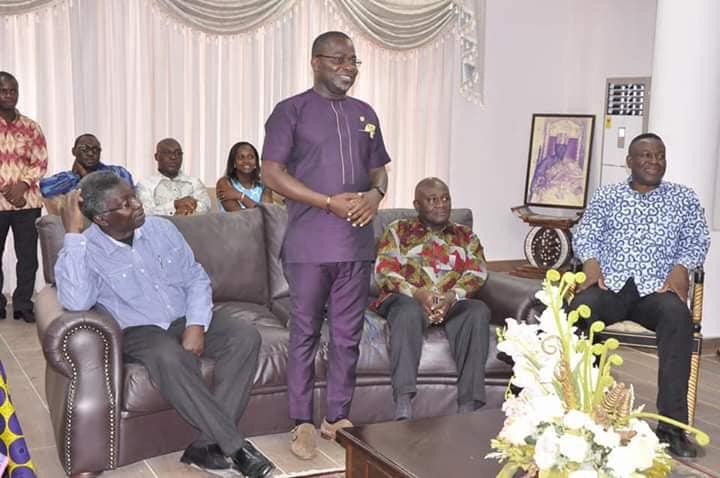 Pressure is being brought to bear on investigative journalist, Anas Aremeyaw Anas and his company, Tiger Eye PI to furnish investigators with the raw unedited footage of the ‘Galamsey Fraud’ documentary they undertook recently.

A cross section of the public who have mounted a spirited defense for the Secretary to the Inter-Ministerial Committee on Illegal Mining (IMCIM), Charles Bissue who decided  to step aside to allow for investigations into allegations of corruption against him, following the premiering of the video, believe that is the only way to get to the bottom of the matter.

Their call for the provision of the raw unedited footage comes on the back of delays by Tiger Eye PI and its boss to release them to the appropriate investigative authorities after they were requested several weeks ago.

Government on Friday, 1 March, 2019, through the Minister for Information, Hon. Kojo Oppong Nkrumah assured the general public of its commitment to the fight against galamsey.

In his statement, the Minister stated that the said case will be “properly investigated, using the raw unedited footages” and “If any persons are found to have solicited money or taken bribe to bend the rules, the necessary action will be taken”.

Just recently, a journalist who has been described as a former employee of Tiger Eye PI, called Osei Agyeman, resigned from the company and made some damning revelations about the operations of Tiger Eye PI and its boss and how they edit videos to malign, ridicule and extort monies from well-meaning Ghanaians.

At a press conference he held in Sunyani, Mr. Osei Agyeman added his voice to calls for the raw unedited footage of the ‘Galamsey Fraud’ documentary, alleging that the video was doctored and edited to tarnish the reputation of the Mr. Charles Bissue.

Again, the Dean of Studies and Research at the Institute of Local Government Studies (ILGS), Dr. Eric Oduro Osae speaking recently on Accra based Joy Fm’s Newsfile programme, also called on Mr. Anas and his Tiger Eye PI team to premiere the raw unedited footage of the documentary to enable Ghanaians know the truth.

In his estimation, it behooves Tiger Eye PI and Mr. Anas to clear the air and prove to the generality of the Ghanaian people that they are indeed genuine and did not edit the footage to suit them adding that ‘’the fact that we never asked for raw unedited footage in the past does not mean that we cannot ask for it now’’.

Mr. Bissue himself who stormed the Criminal Investigations Department of the Ghana Police Service at the invitation of the CID on Friday March 15, 2019 to help in investigations, has added his voice to calls for the provision of the raw unedited footage to aid in unraveling the truth.

‘’ I have subjected myself to the laws of Ghana and since no one is above the law, I urge Tiger Eye PI and Anas Aremeyaw Anas to provide the CID with the ‘raw unedited footages’, so that the good people of Ghana can have the benefit of knowing the truth’’.