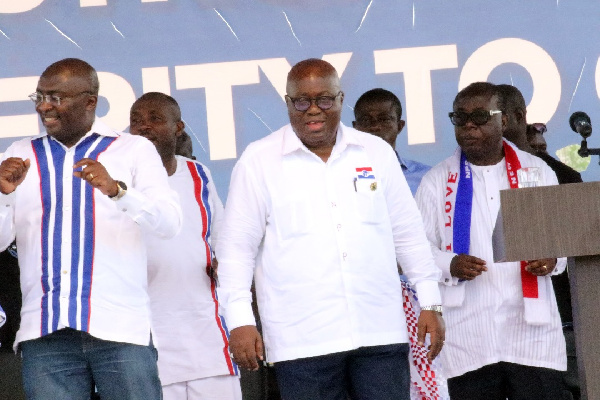 President Nana Addo Dankwa Akufo-Addo has been accepted by the ruling New Patriotic Party (NPP) as its Presidential candidate for the 2020 elections.

To this end, the president will be declared NPP 2020 flagbearer by popular acclamation.

The decision according General Secretary of the NPP, Mr. John Boadu was arrived at after a joint meeting of the party’s National Executive Committee (NEC) and the National Council on Wednesday, June 3, 2020.

Mr. Boadu averred that ”The Party has also resolved to acclaim the sole candidate who had filed his nomination to contest in the Presidential Primaries, H.E. Nana Addo Dankwa Akufo-Addo, as the Party’s 2020 Presidential Candidate.”

BestNewsGH.com reports the NPP General Secretary as saying in a statement that ”The date for the acclamation of the Presidential Candidate and his Running Mate will soon be communicated to the general public. Equally, the Party will soon issue guidelines for the conduct of the Parliamentary Primaries.”

Meanwhile the Party has set June 20, 2020 as the tentative date for the conduct of its Parliamentary Primaries.

”The NPP has scheduled June 20, 2020, to hold its Parliamentary Primaries in the 168 Constituencies where the Party has sitting MPs to elect its Parliamentary Candidates for the 2020 General Elections.” the statement read.

The Parliamentary Primaries which was slated for April 25, was suspended following the outbreak of the COVID-19 Pandemic and the subsequent ban on public and social gatherings.