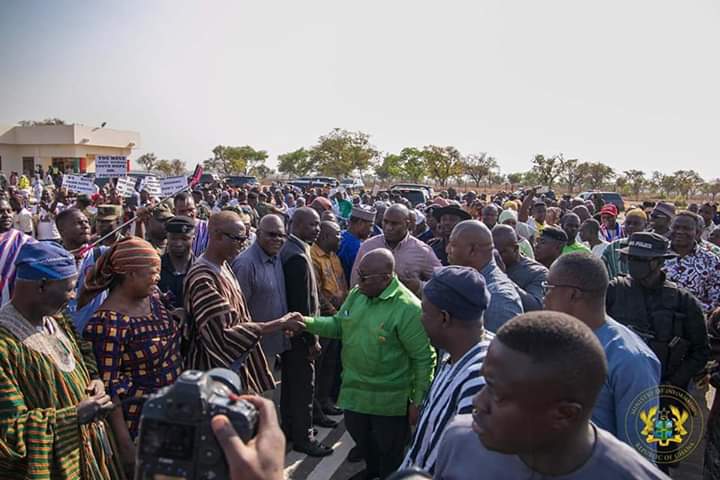 President Akufo-Addo has arrived in the Northern Regional capital, Tamale ahead of tomorrow’s historic outdooring of the new Ya Naa, Abubakari Mahama ll, as the overload of the Dagbon Kingdom.

The President was met on arrival by the Northern regional minister Salifu Saeed, the defence Minister Dominic Nitiwul, Interior Minister Ambrose Dery, the Information Minister Kojo Oppong Nkrumah and regional executives as well as citizens of the Dagbon Kingdom.

Scores of Dagbon citizens lined the streets of Tamale to show appreciation to the President for his leadership in resolving the dispute.

President Akufo-Addo is reported to be delighted and humbled that his efforts at resolving the conflict have been fruitful.

The president will be joined by other dignitaries including the Asantehene, Otumfuo Osei Tutu II and the President of the National House of Chiefs, Togbe Afede among others at tomorrow’s event in Yendi.

Information Minister Kojo Oppong Nkrumah said  ‘’we will have chiefs and traditional rulers from over 40 paramountcies attending the ceremony, the president of the National House of Chiefs Togbe Afede will be there, the committee of Eminent Chiefs led by the Asantehene Otumfuo Osei Tutu II will also be there. The National Peace Council and other different groups are all expected to grace the occasion’’ he said.