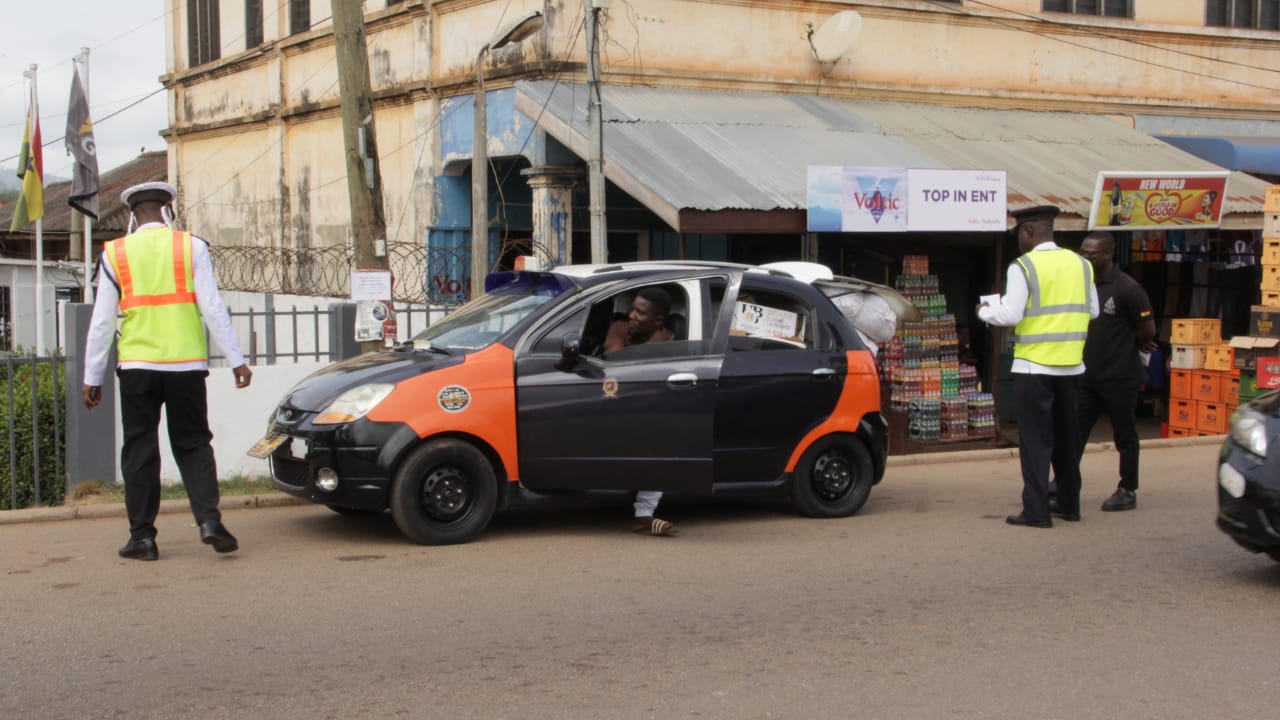 The National Insurance Commission (NIC) in collaboration with the Motor Traffic and Transport Department (MTTD) of the Nkawkaw Divisional Police have impounded 103 vehicles without insurance.

This was during a three-day exercise from Tuesday to Thursday as part of their usual quarterly exercise to clamp down on vehicles without insurance.

Among other offences, some drivers of the impounded vehicles were without driver’s licence, others had expired licences or insurance. The operation saw 66, 30, and 7 vehicles impounded on the first, second and third day respectively.

Indiscipline
Chief Superintendent Ahiatafu lamented the level of indiscipline of drivers at Nkawkaw and other parts of the region, who according to him, know what to do but have refused to do them, posing dangers to their own lives and those of passengers.

“Most of the drivers here and other parts of the region are very indisciplined; we have been embarking on the awareness campaigns for very long and they know what to do but they are only being reluctant. The Nkawkaw township has a lot of alternative routes so when they see the police, they dodge and use other routes because they know they are not doing the right thing. This endangers their lives and those of passengers and motorists,” he said.

He said ahead of the Kwahu Easter celebration, the police would continue to enforce the traffic regulations and deal with drivers who ply the roads without “insurance, fake insurance, expired insurance, unregistered vehicles and without drivers’ licence”.

Chief Superintendent Ahiatafu urged drivers to be very proactive and careful as the Easter festivities draw near in order to avert accidents that characterised some of these festive season. He appealed to long distance drivers to take time to rest at a safe place when they are tired on the way to avoid sleeping behind the wheels which leads to accidents.

Enforcement
The Eastern Regional Manager of the National Insurance Commission (NIC), Esther Konadu Asiedu said the exercise ahead of the Kwahu Easter celebration was to enforce the vehicle insurance policies to prevent and protect victims of accidents.

She urged passengers to take advantage of the motor insurance database which allows them to check validity of a vehicle’s insurance before they jump into them using the short code *929*57# and dialing the vehicle’s registration number.

As part of the exercise, Ms Konadu Asiedu said the insurance companies within Nkawkaw were invited to instantly insure the impounded vehicles.

She urged drivers and vehicle owners who have been subjected to unfair treatment after reporting their accident claims by their insurance companies to petition the NIC to take them up and get what is due them.