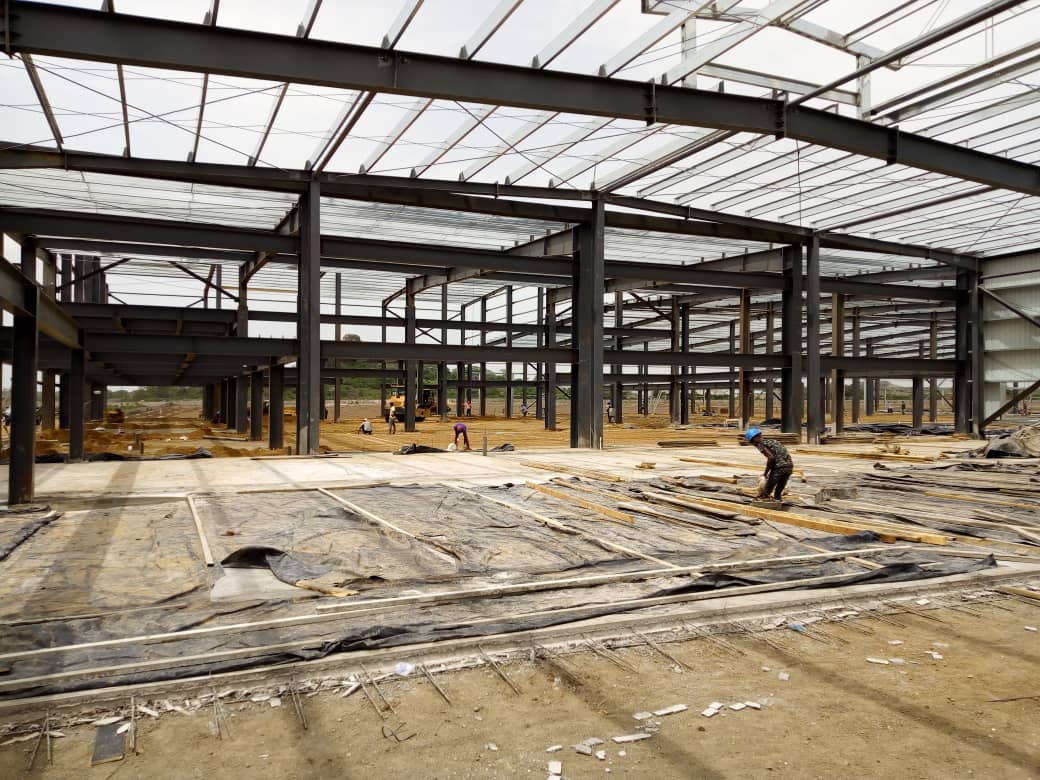 Police deployment to a Chinese construction site at Shai Hills on Friday locked out the workers who embarked on sit down strike action demanding to be unionized.

The workers numbering about hundred without appointment letters resorted to the action after management of the company, a subsidiary of Green House International Development Ghana Ltd, asked to be allowed time to address their concerns.

The Afienya District Police Commander, Superintendent Asiamah Agyei told the Chronicle on the ground that the deployment was necessitated following reports of a likely breach of the peace at the construction site

According to Superintendent Agyei, with support from the Tema command, police arrived at the site and met the workers grouped at one place, though not hostile.

The Superintendent continued that the prevailing situation was not new to them as police on several occasions played a mediating role but all ended in deadlock.

Mr Agyei stated that prior to their arrival at the site, reports they received were that a section of the workers who opted out of the strike and decided to go back to work whilst awaiting the outcome of the ongoing negotiation which would eventually lead to the unionisation, were attacked and issued with threat of harm by other colleagues.

According to him, after yet another talk by police to bring about harmony broke down, management complained of non guaranteed security and wanted the striking workers out, adding that the police had no option but to lockout the workers and place armed personnel on guard.

The leader of the workers, Mr Bachari Esmund told this reporter that, for sometime now, the issue of forming and belonging to a trade union has taken centre stage between management and the workforce.

He opined that it is only a trades union which can impress upon management to better their working conditions including the provision of safety gears which are presently absent.

‘’How can an artisan wear common slippers at a construction site embedded with sharpened metals’’ he lamented.

According to him, on the night of Friday last week, when they were stranded after police forced them out, a call went to the Ningo  Prampram District Chief Executive, Mr Johnathan Teye Doku who organized temporary accommodation for them at the Afienya Youth Leadership Training Institute where they are putting up as at the time of filing this report

The DCE, he said, provided food for them on that night and that officials from the TUC promised meeting with the management of the company today Monday April 15, 2019 to resolve the impasse.

The Project Manager, Mr Den Jum  Duncan speaking to the paper stated that the multimillion-dollar industrial hub on completion of the construction will house plants to produce tomato paste, aluminum products amongst others

According to him a few of the selected plants which construction have started have just gotten to structural development stages and that is why they were appealing to the workers to exercise patience for them to address their issues.

Mr Duncan continued that with threats coming from the workers who stay at the same site with the Chinese, they can not guarantee the safety of all including the very Ghanaian workers.

As a result, when the time comes for work to resume, only those who are prepared to work with them would be re-admitted.

On safety at workplace, Mr Duncan expressed worry about some of the workers allegedly offering for sale in town, working gears that has been issued to them.

The DCE, Mr Doku on his part told this reporter during a telephone conversation that when he was informed of the plight of the stranded workers last Friday night, he arranged with the Principal of the institute to provide only temporary accommodation for those who could not travel back to their to their homes on Saturday and that he was surprised that they remained in the school.

His major worry, Mr Doku contended, is the presence of females since the institute is a mixed one.