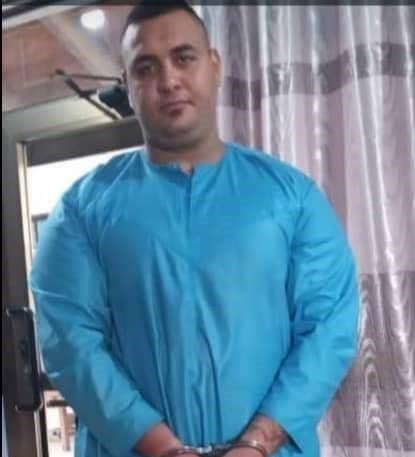 The Ghana Police Service has arrested a Lebanese, Osman Brustani for threatening a shop owner’s life over parking space at Osu.

The Police announced this in a Facebook post on Wednesday. According to the post, the suspect is currently in Police custody and will be taken through the due process of the law.

The Lebanese on Monday, pulled out a sword from its sheath and threatened to slash the throat of a businessman selling shoes made from Kente fabric, at Osu.

In an Instagram post, the entrepreneur by the username @doit_ghana, revealed that the fracas arose over a parking space.

According to the shoe seller, Osman Brustani parked his car in front of his shop for almost an hour. This was disrupting business, therefore, he told the driver to park his car at an appropriate spot.

His request, he said did not sit well with the Osman, who then went for a sword from his car.

In the viral video on Instagram, the Lebanese can be heard saying “Come out. I will cut your neck,” while illustrating how he would slash the shop owner’s throat.

Meanwhile the Police said the Inspector-General of Police (IGP), Dr. George Akuffo Dampare has reached out to the victim on Tuesday, April 13 2022 via a telephone call.

The Police said per the interactions with the victim, he seemed traumatised by the incident.

“As a result, upon the IGP’s instruction, the victim has been given psychological support by a clinical psychologist from the Police Hospital. The IGP also followed up with a personal visit to the victim today, Wednesday, 13th April, 2022,” the Facebook post said.

The Police assured the public that “we will continue to ensure law and order in this country.”