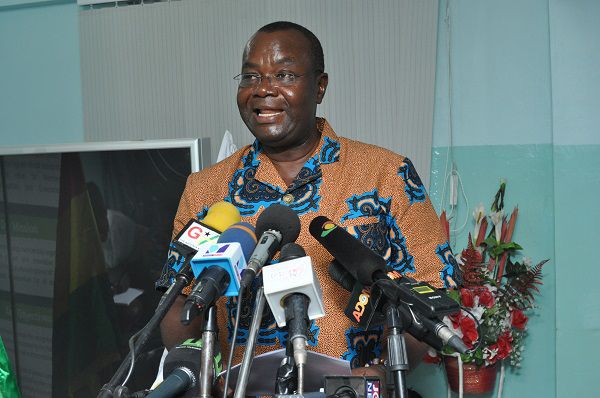 The Ghana Plastic Manufacturers Association (GPMA) is calling on the government to release the GH₵912 million that has accrued from the Environmental Excise Tax funds to tackle plastic waste issues in the country.

GPMA insists they have the capacity and technology to manage plastics in the country when given the needed support.

According to the president of the association Mr Ebo Botwe, GPMA proposed to the government to introduce certain taxes 12 years ago, which resulted in the fund being created.

The tax was intended to be a sustainable way of raising funds for use of companies involved in creating a sustainable atmosphere and development of the right industry to help in the recycling of plastic waste and collection in the country.

The funds over the years, which has been left idle in the Consolidated Fund, has accumulated to GH₵912 million.

According to him, the tax generates GH₵14.7 million monthly.

Speaking at a press briefing held on matters relating to plastic waste pollution in the country, Mr Botwe explained that the association was working on sending a petition to the presidency, parliament and foreign missions on how to deal with the menace.

He explained that some of the areas they want government to look at include a plastic levy fund.

The first act was under the Ministry of Local Government and now there is a Sanitation Ministry, and the association, therefore, expects an amendment to the new act.

“Government must release the 10 per cent of the funds generated, and finally we want government to ban the importation of flexible plastics from China,” he added.

Mr Botwe also proposed to government to fashion a law for the plastic manufacturers to compel them to use 30% of their recycled bottles in their production line.

The funds, when released, are expected to be used for recycling plastic waste, provision of dustbins for waste collections and educating people about the dangers that plastics is posing to both human beings and marine life.

He added that government has failed to release the money because there is no fund authority, and proposed a secretariat to be set up by the government for the funds to be disbursed.

Mr Botwe announced that Ghana has no recycling plant to recycle plastic bottles.