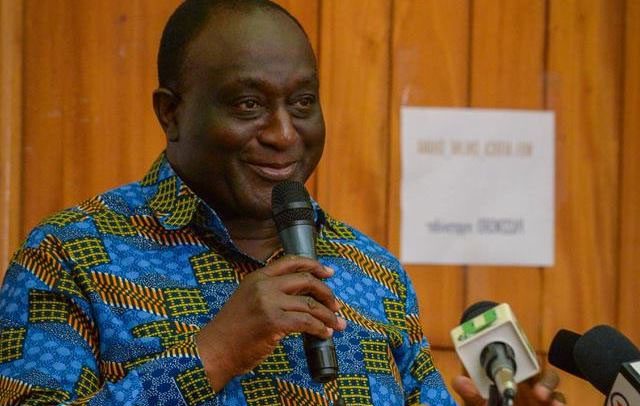 Minister of Trade and Industry, Alan Kyerematen has disclosed the pledge by some Chinese financial institutions to make a $400 million financial support available towards the implementation of the Ghana government’s flagship ‘One District, One Factory’ (1D1F) programme.

The Chinese institutions, he mentioned, are to lend the $400 million to the local banks for onward lending to the 1D1F players.

The Minister made the announcement at a media briefing in Accra to update the public on the implementation of the 1D1F initiative.

The Minister indicated that the 1D1F initiative is not about setting up state-owned enterprises.

According to him, 1D1F is private sector-led and facilitated by government.

He explained that as part of the facilitation, government was helping to provide tax incentives and facilitate credits, among others.

He said that was why out of the 181 factories that have been established, 129 are new companies under the 1D1F while 52 of them are already in existence.

He stated that about 57 1D1F businesses were currently in operation, with 22 under construction.

33 Factories being financed by 7 local banks

Mr Kyerematen said 33 factories being financed by seven local banks will commence implementation before the end of 2019.

Another 56, being small-scale processing facilities and financed by the African Development Bank (AfDB), would commence before the end of 2019.

56 Small-scale processing facilities to be owned by youth groups

The 56 small-scale processing facilities will be owned by youth groups who will be trained to manage the facilities.

Mr Kyerematen also noted that the AfDB had earmarked $2 million to commence the implementation of five common user-processing facilities which would be managed by farmer groups.

Alan Kyerematen was delighted to announce that India is seeking to adopt President Nana Akufo-Addo’s flagship industrial programme, ‘One District, One Factory’ (1D1F).

He stated that he was informed last year during his visit to India that the Asian nation wanted to also implement a 1D1F programme.

He was of the view that “for once the big boys are also copying from us”.

He stated that Germany and the US have also expressed interest in being part of the 1D1F programme, with the US Eximbank signing a $300 million facility recently to support the initiative.

The 1D1F initiative, widely advertised during the 2016 election campaign, is a major pillar of the New Patriotic Party (NPP) government’s economic growth and diversification and jobs creation agenda.

Diversification of the economy

Alan Kyerematen also urged Ghana to diversify its cash crops such as cocoa and palm nuts.

He explained that while Malaysia was adding value to its palm nuts, for instance, what Ghana was largely doing with its palm nuts was to prepare palm soup, urging that “we need to move beyond palm nut soup”.

On diversification of the economy, he stated that “cocoa has served Ghana, but we need to be able move beyond that”.

He called for deliberate efforts to ensure economic growth and diversification.

The Minister also announced that an Automotive Policy, which has been approved by Cabinet, would soon be launched.

Additionally, he said automotive standards and homologation have been developed for public consultations.

Alan Kyerematen reiterated that the primary goal underpinning the industrial transformation agenda is to produce locally to replace or compete with imports and expand exports globally.