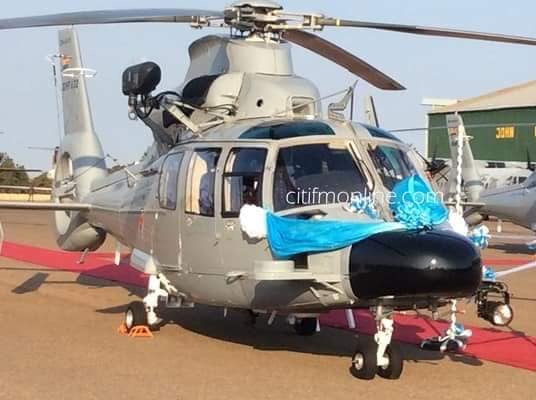 The opposition National Democratic Congress (NDC) during its press conference yesterday October 2 2018 on the issue of government spending some 6 million dollars on external auditors to audit some state institutions said the vice president, Dr. Mahamudu Bawumia during his trip to the Upper West Region to distribute relief items to flood victims, flew in one of the helicopters captured in the forensic audit at the Ghana National Gas Company.

The NPP has debunked the assertion and described as lies, the suggestion that Dr. Bawumia flew in one of those helicopters.

It has emerged that Dr. Bawumia rather used a GHF 696 which is different from the said Ghana Gas helicopters.

Below are pictures to differentiate the helicopter used by the vice president on the Upper West trip   and the inflated Ghana Gas Company helicopters commissioned by the NDC in 2015. 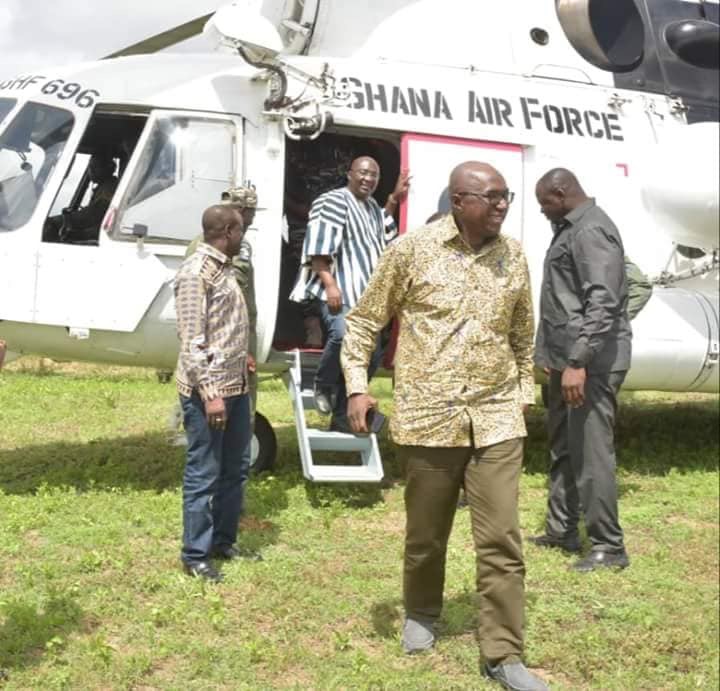 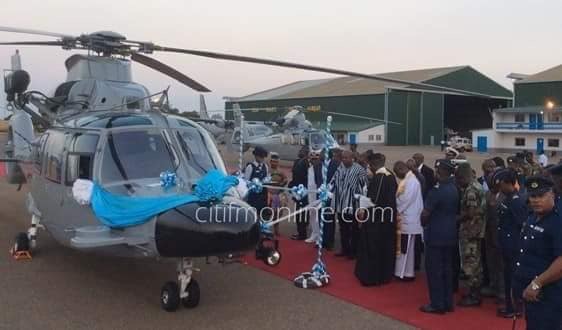