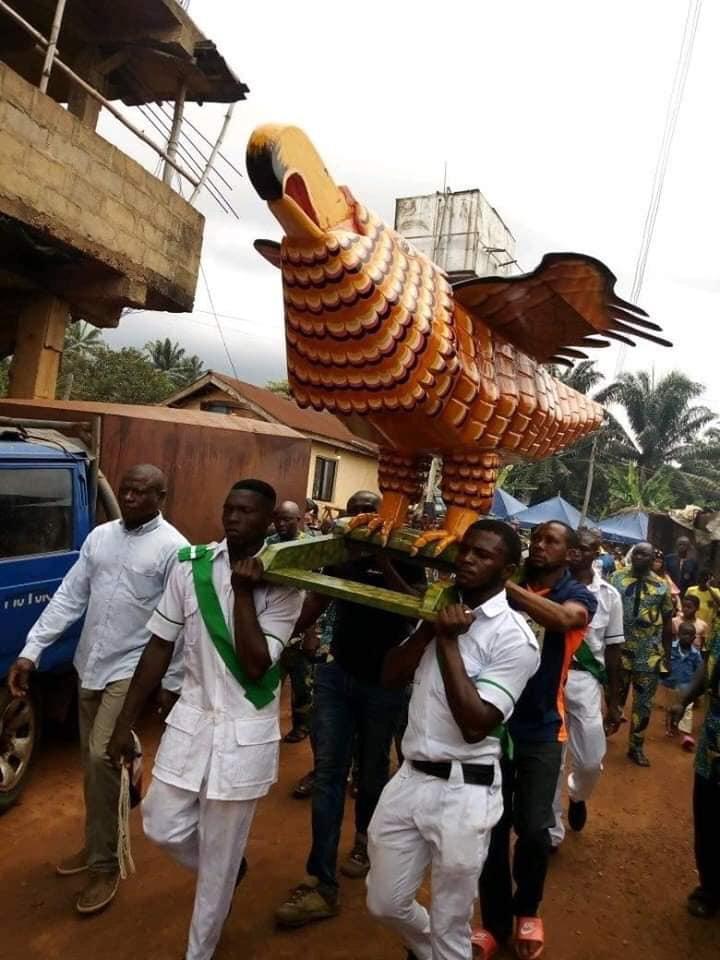 It probably has become the norm particularly in Africa for people to choose the kind of coffin they should be buried in, when they pass on.

Some even go to the extent of telling their families, relatives and kinsmen, items that should be added in their coffins to accompany them into their graves.

There have also been stories about the rich in Africa  particularly in Nigeria who bury their dead in very expensive cars including Hummer jeeps.

The type of coffin mostly reflects the kind of profession the deceased was in, before passing on.

For example, a musician will have a coffin designed in the form of a microphone.

But what surprised mourners recently in Nigeria was the fact that a man was actually buried in a coffin which was designed and shaped like a bird.

It remains unclear why the family and relatives of the deceased Abraham Ayogu, decided to use the bird-shaped coffin to bury him, as the development caused quite a stir in the community.

Abraham who was also known as “The Young”, was buried in his hometown of Umuegbede Village in Alor Uno, Nsukka and the burial was witnessed by many people. 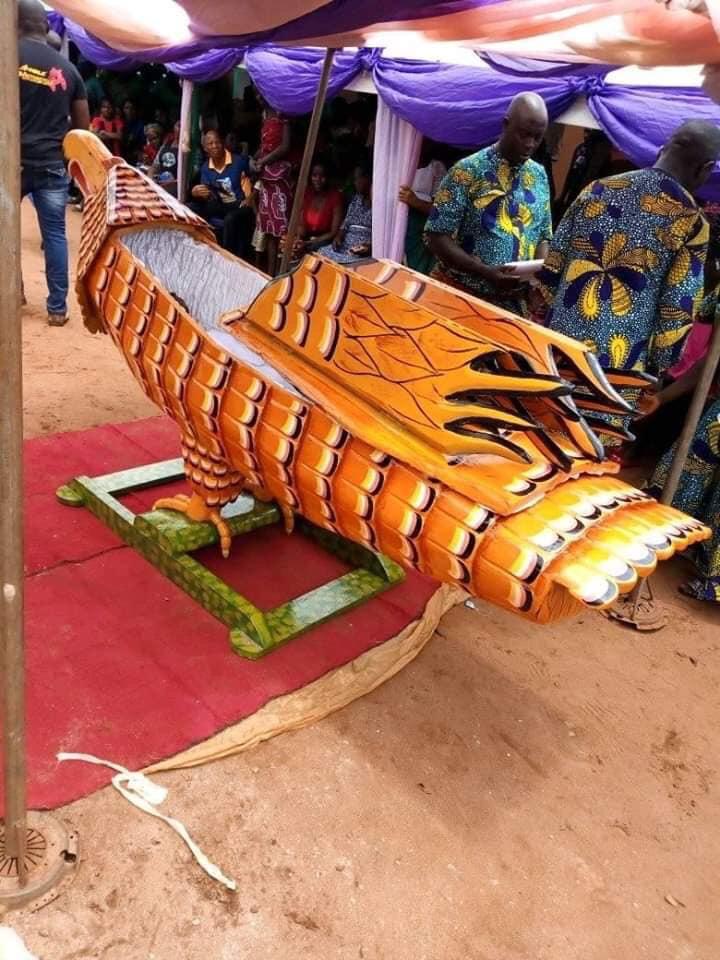