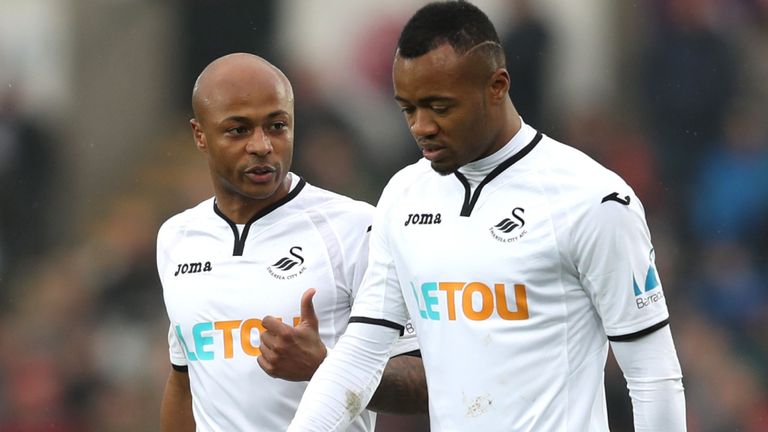 Skipper of the senior National team the Black Stars, Asamoah Gyan has rubbished claims he is not in talking terms with the Ayew brothers, Andre and Jordan.

According to him, the rumors have been fueled by the media and that they remain the best of friends.

‘’You know, I have also heard these rumors and you sometimes wonder where they are coming from because I get surprised at the intensity with which they are propounded and propagated. But one thing is clear, it is the media’s doing. They set the agenda and speculate and create some of these stories and it is not healthy for us as a society.’’ he said.

Asamoah Gyan said he is clear in his mind that no such rumpus exists between him and the Ayew brothers, adding that the media must stop setting such agenda.

He said they are in the national team to help take the country into the world stage as they have done before and that, that has always been their resolve and motive, to play and bring glory to the nation.

‘’As a team we treat each other as brothers and colleagues. We bond and gel as one in the common interest of the nation and so it beats my imagination that some people would want to fuel such an agenda to derail the progress we have made all this while’’ he added.

He entreated the public to treat with scorn, any rumors about a seeming feud between himself and the Ayew brothers.