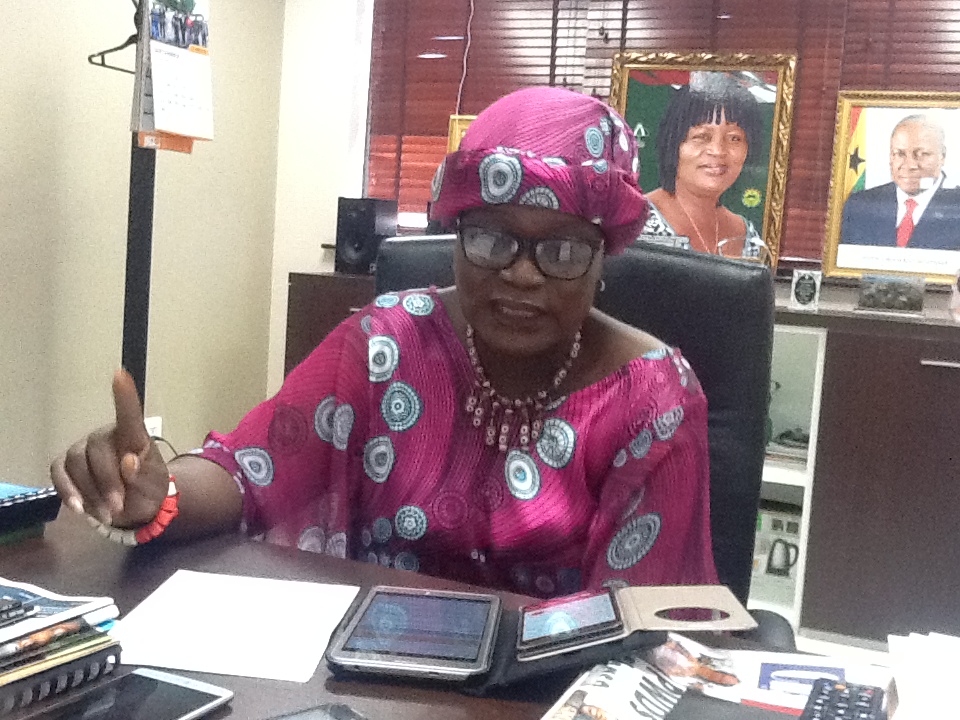 Member of Parliament for Krachi West in the Oti Region, Helen Adjoa Ntoso has warned the Head Pastor of the Glorious Word and Power Ministry, Rev. Isaac Owusu Bempah to stop passing denigrating comments on former President John Mahama else she will also take him on.

The former Volta Regional Minister dared the televangelist to be prepared to face her spiritually should he ignore the advice.

“This is a direct warning to him. If he dares, I mean the next time I hear such insults on John Mahama, I will not insult him back. But I will face him [Rev. Owusu Bempah] in the realm of the spirit because I am also a pastor,” Mrs Ntoso said on Inside Politics on Radio XYZ.

“I have been anointed, I have been ordained and I will face him head on. It shall be on Reverend to Reverend basis. I say this to the glory of God. He must end it and now or he will regret it. People will hear from me if he dares,” the former minister stated.

She continued: “He prophesied that John Mahama will win 60% in the NDC primaries. So what happened? It looks like Rev. Bempah is now frustrated and intends to provoke the former first family. When they plan evil things, they rush to radio platforms to gamble and if their predictions come close, they take credit. But that will continue to fail”

The virtually angered MP said 2019 will pass and Reverend Owusu Bempah and his pay masters will be more frustrated because 2020, an election year will come with its own pressure when the political season opens, stressing that God Reigns and is always out there to ensure his anointed ones are not destroyed by the enemy.

…. “For God has said, touch not the anointed one and do my Prophet or Prophetess no harm. I have gotten to a level where I don’t fight battles physically. I leave all to the Lord. I will challenge Almight that those who move along with armed machomen terrorizing people and presenters from one radio station to the other because his or her government is in power and nothing happens, will crumble”

Hon. Ntoso revealed that the first time she felt sad for Reverend Owusu Bempah was his false claim that former President John Mahama has imported four demons into the country, and that is why Ghanaians are suffering.

“I was really shocked and never believed till I heard the tape myself. Four demons. As a Minister of the Gospel? The so-called man of God elevating demons. Promoting the Kingdom of darkness at a time Churches and the entire nation is praying for peace, God’s protection and direction, Rev Owusu Bempah is talking about evil things, he and his prayer warriors could not stop?

She added….”Owusu Bempah was simply promoting the forces of darkness because as a true man of God, like many other believers, God has given us power through the Holy Spirit that no demon, no principality will be able to come near the people of God. We know God is with us. He must rather be bold to tell his friend President Akufo Addo that his bad policies are rather killing Ghanaians”

Like the story of Paul in the Bible, if Reverend Owusu Bempah is possessed by the Evil Spirit which drives his actions including open threats, the Elders of his Church must join hands to pray with him. He needs prayers and like the bible said, give respect where its due.

Owusu Bempah, is facing investigations at the Police CID headquarters after a complaint by former NDC National Organizer, Kofi Adams against him in connection with an audio recording that captured the fiery preacher saying that ex-President John Mahama is plotting to eliminate him, President Akufo-Addo, Vice President Dr Bawumia and Assin Central MP, Kennedy Ohene Agyapong.

He is facing another case before the East Legon Police Command for invading the premises of Accra based Radio XYZ with armed bodyguards, ostensibly looking for host of Inside Politics, Mugabe Masse to teach him a lesson for taking him on over the “Mahama attacks”