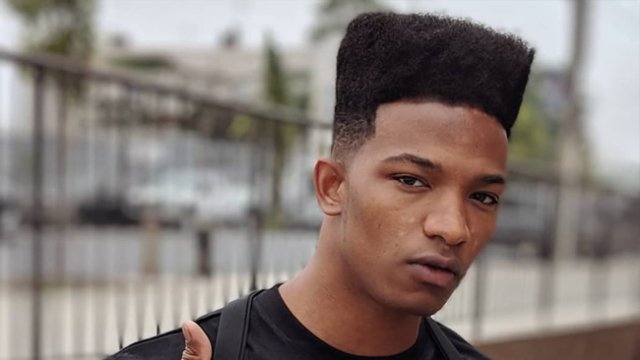 The New York Police investigating the disappearance of YouTuber Etika have confirmed that they have found his body.

The gamer, 29, born Desmond Amofah was reported missing six days ago. He is the son of Emmanuel Owuraku Amofah, former Abuakwa Central MP who also served as a Deputy Communication as well as Tourism minister.

His belongings were found on Manhattan Bridge on Monday. He had uploaded an eight-minute YouTube video in which he talked about suicide.

Etika was popular for playing and discussing Nintendo games on YouTube and the streaming platform Twitch. 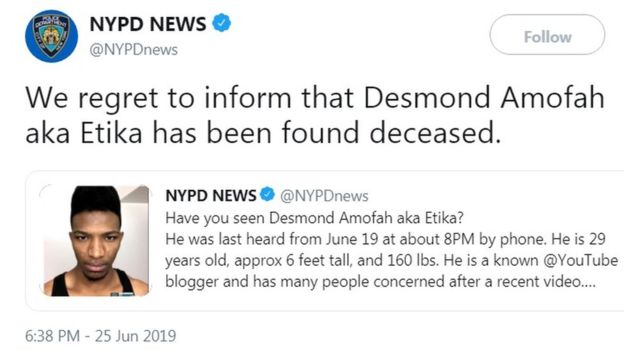 He was best known for his reaction videos, where he responded to new releases and products, mainly from games giant Nintendo.

The 29-year-old had worried his followers with his behaviour on social media in the past, with the police called to his home following a suicide threat.

Uploaded at midnight on the evening of the 19 June (19:00 BST), his latest YouTube video, titled I’m sorry, featured Etika walking the streets of New York.

In the film, he apologised for pushing people away and confirmed he suffered from mental illness.

He also talked about social media, advising “caution” around using it too much.

“It can give you an image of what you want your life to be and get blown completely out of proportion,” he says.

The original video was removed but copies have been uploaded by other YouTube users.

Etika’s friends and fans – including other YouTubers – have been paying tribute to him on social media.

Keem described him as “a great entertainer”.

“One of the best streamers in the game. He lost a channel of over 800,000 [subscribers] and made a new one and was right back pulling thousands of viewers. Wherever he’s laid to rest I’ll be there,” he wrote.

Cbass re-tweeted the police’s confirmation of Etika’s death and added: “mental illness is not a joke”.