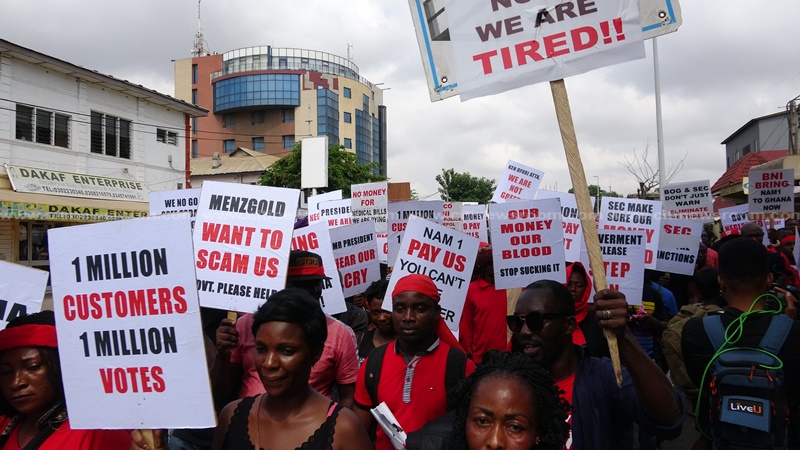 I will first of all applaud and highly commend all NPP members fearlessly defending the NPP party, government and its policies at all places they find themselves such as markets, churches, communities, and on all traditional and social media platforms, especially the many doing this out of little or no direct motivation or benefit. Your strength being exhibited to match the NDC and all other political opponents of the NPP, and through that helping put the party and government on a scale above prosperity have been splendid. Your loyalty and commitment to the party and government’s progress have been observed and will never go not rewarded.

More over, my observation has drawn my attention to certain publications and posters by some section of our able hardworking NPP members specifically on some social and traditional media platforms with good intentions though of helping our party and government win the communication battle with respect to the MENZGOLD saga, has rather been observed to have unintentional on their part rather gone attacking and mocking victims of MENZGOLD. I will plead with all such our able hardworking NPP members doing such with a genuine mentally though to please tone down and rather leave all such commentary on the victims of the MENZGOLD saga to the Civil Society Organizations (CSO) and others of non partisan brand to handle it while we concentrate on the bad activities of the NDC, and under the rein of H.E John Mahama that led to this MENZGOLD saga because of my reasons below;

I have taken time to read the statement by the information minister on same issue, and I find his statement very great and perfect. He was so on point so I will in all humility employ all NPP members eager to defend the party and government on this issue to carefully study its content and use it as such.

Further more, I will applaud the President Nana Addo Dankwa Akuffo-Addo led government for all its efforts so far that has helped minimize the would have been impact on Ghanaians if it hadn’t taken steps to check the illegal activities of MENZGOLD now, plus its current steps being taken to help retrieve all the funds of the victims from Nana Appiah Mensah (NAM 1), the CEO of MENZGOLD. I will also suggest that this government should get all the heads of the respective regulators under former President John Mahama who failed to do their job properly, but rather watched on for the illegal operations at MENZGOLD to flourish, look credible and gain legitimacy through media hypes and huge personality endorsements, and through that enticed lots to invest there, to be immediately arrested and prosecuted. I will also admonish Nana Appiah Mensah (NAM 1) to take up the mantle as a man to do all his possible best to help get all its victims their funds so as to prevent a wash away of all the good things he has done for Ghana and its economy, plus the credibility he has strongly built in the minds of most Ghanaians about him. He should never do anything bad to disappoint all such followers of his.

The only life lesson I have learnt in this whole issue is; trust no one, not even people you offer support to, and this has been evidenced from how people Nana Appiah Mensah (NAM 1) directly supported, employed and gave serious help to are now all of a sudden abandoning and rejecting him entirely now that he has found himself in trouble, they have chosen to forget everything good he did for them, so sad! I am a huge advocate against lawlessness, I am one who always believes the law should always be strictly followed, so can’t side with the illegal operations of MENZGOLD, but not withstanding that, I am still a huge advocate of loyalty, gratitude and standing firm by friends, allies, masters and love ones especially in their times of trouble. This is in fact a huge lesson of life that none should forget as we walk into the future, especially the NPP Party, government and President should never forget this lesson as we walk into the 2020 general elections.