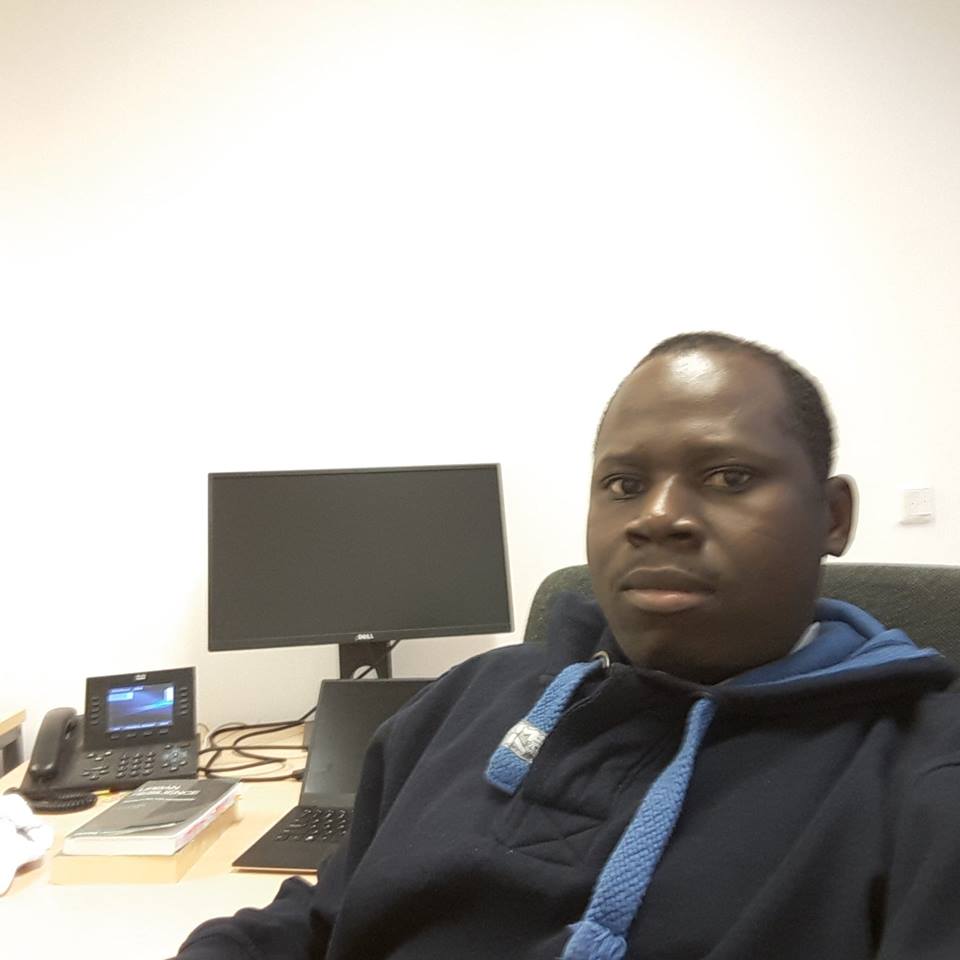 Today’s epistle will look at the upcoming parliamentary primaries for both NPP and NDC, analysing the chances of parties and people, the cost and also benefit of primaries, and how to proceed if you intend to make a meaningful impact.

As the two major parties unbox their primaries, the ground is set, yet again to see one of the intensive campaigning in the region. I will not border readers with much background bcs I understand and assume everyone knows the current state of affairs. I will proceed to summarize the benefits of primaries, to both candidates and parties. Most often, the cost of primaries tend to overshadow its benefits in our part of the world.

However, aside these and many more benefits, the single most important challenge has always been the cost. Primaries in Ghana have become so expensive that, the average cost of a single round primaries could cost a contestant at least, 80,000 dollars, according to recent surveys by CDD and UG. This can go as high as 120,000 dollars in some areas. Juxtaposing this cost with monthly salary of the MP, it isn’t just a worth it. Aside, the acrimonious relationship and conflicts emanating from primaries could be deadly, and actually worse than inter-party politics.

The upper west region today, cannot be said to be the stronghold of NDC as it were in 1992, or 2000. Increasingly, the NPP is taking hold of some of the “soft constituencies”, although it will be dangerous to say, or think they are safely held. In my view, the NDC still have overwhelmingly control of the region’s votes, mostly securitized around the rural fringes of the region, based on long held traditions and perceptive imagiries. On that basis, I can predict with high certainty, the outcomes of the general elections than the internal primaries.

I will highlight few of the swing constituencies that could be a scene to watch in both the primaries and general elections.

NDC: of all the contestants, the incumbent MP has a strong edge, and most likely tipped to win the day. Surprisingly, he’s likely to win with much higher margin than he did in 2015. Of course, he still has a massive task to secure his emphatic win. Check him out!

NPP: again, the incumbent MCE, has an overwhelming weight over his other contenders, and highly tipped to emerge winner, although the internal wrangling that caused his defeats in 2016 are likely to worsen, which could risk his chances of ever stepping foot in parliament.

Given this likely permutations, the results of 2020 at this moment can be highly unpredictable, given the diversity of factors shaping the electoral processes. However, depending on how the ruling party amends it’s internal cracks, the elections could be a close call.

NDC: The exit of Hon Bagbin has given room for many contenders seeking to lead the party. As many as 9 people picked forms but only 7 successfully filed at the end. Of this number, preliminary analysis clearly put Dr. Kaminta in a favourable lead. The academic appear to not only enjoy support from the elite class, but also stand tall amonst his colleagues, in many ways and so highly likely to replace the renowned lawmaker. Despite his early lead, I can confidently say that, whoever secure the support of the incumbent MP could emerge victorious.

NPP: this appears to me the most interesting scene to watch in both primaries and general elections. We are promised of a show down. Between the former candidate, who appear to me well vexed, and enjoys significant support from the top, and the incumbent DCE  who seems to have successfully garnered momentum from the base. This encounter promises surprise to watch! While the DCE  appear to be well grounded and in-touch, her gender might not favour her electorally, given the sociocultural dynamics of the area. Nevertheless, she could pull surprise if taken for granted, especially because the former candidate is increasingly loosing touch, and supporters to the DCE.

Given this likely outcome, and the historical roots of the area politics, coupled with the impact of the incumbent MP, whoever wins NDC primaries is highly likely to retain the seat for the NDC.

NDC: The two man race is highly competitive between another academic, Dr. Seidu Jesaw and former DCE, Mr. Aminu Salifu. In this area, politics is highly shaped by cultural, religious, tribal dynamics, which could work once more, against Mr. Aminu salifu. More over, his past performance in parliament, could likey work against him. Again, I tip Dr. Jesaw to win!

NPP: it’s not yet clear to me but certainly, the incumbent MP is highly unlikely to contest. But whoever emerge candidate on the npp side, certainly will have a daunting task to retain the seat, considering the abysmal performance of the MP, and certainly, the aforementioned dynamics could be the deciding factors.

NDC: It’s most certainly going to be Bede Ziedeng on the ballot.

NPP: Hon. Karbo is equally certain to lead the NPP.

Base on this, the contest promises a rematch of 2016, though under completely different circumstances. Now, Karbo’s performance has not been poor, but certainly below the expectations if many youth in the area. If he is able to complete few roads started, and firm up some other developments he initiated, he’s likely to win by a wider margin compared to 2016. However, there is no room for complacency in this area, particularly because it has been a traditionally strong hold of NDC. Failure on Karbo’s part to concretise his achievements, by proving residents with what he promised, particularly water, roads and jobs, could see him biting his tongue in awe.

Surprisingly, the only constituency where both parties could have unopposed candidates. This shows enormous unity, and sense of purpose amongst electorates. It promises to surprises as well. Although the Mr. Dery has enormous advantages to retain the seat, it’s still a game of chance, and he will be measured based on his output to the people. His position as interior minister is most likely to affect him negatively, perhaps, not to loose out completely but he is most certainly going to loose votes to opposition candidate. As to whether that could be enough to unseat him, it’s still unclear to me now.

NDC: The new entrant Mr. Peter is unlikely to pull a surprise on Mr. Chire, who has enjoyed massive support over the years from his tribes mates. The tribal dynamics isn’t just favourable for the affable police officer (rtd) to unseat the sitting MP. He shows many early signs of a good leader, but of course, elections isn’t about good ideas per se.

NPP;  I’m not sure who emerges here, but certainly the DCE may have interest too. If he wins, he does not  appear he will posses a treat to Mr.  Chire but certainly will uplift the NPP votes in the area, given the tribal dynamics.

NDC: the high numbers also recorded here shows a promising space for a political show down. I do not have much knowledge on the dynamics and strengths of each candidate, but one thing clear to me is the strength of the party. Anyone who emerge winner is certain to enjoy massive support from the grassroots. Of course, the clans system works here perfectly, and hierarchy in the party is of essence.

NPP: it’s most likely a race between the incumbent MP and deputy regional minister. While the assistant regional minister appear to enjoy home support, due to his closeness to the people, it appears he does not have what it takes to maintain the seat if given the node. Though the incumbent MP also enjoy some support, especially along the wellembele-Bugubelle enclaves, towards tumu township and surroundings, he appear to be out of reach to the delegates, which could cost him the seat early in the primaries. However, bringing in a new person like Mr. Chinia, could be tantamount to giving out the seat to the NDC.

NDC: I also do not have an idea on who is who on the NDC side.

NPP: despite  simmering tensions and devisions amongst the executives, the incumbent MP is most likely to win the day, and retain the seat for the NPP.

NDC: unopposed, the incumbent MP is most unlikely to also loose the general elections, based on historical reasons, performance and circumstances of the day.

NPP,; Yet unclear, but if the names I hear are to be taken into context, I can foresee a dichotomous race, between the DCE and Yakubu, from the eastern minority side, and Mujeeb and Dr Sori from the west majority side. Whilst it’s unclear who is contesting, It appear to me Mujeeb  could enjoy some advantage over his colleagues, based on his previous encounter, friendly, and humble approach. He appear measured, calm and rooted with the grassroots than any other. This could work out to his advantage. On the other side, he might face pockets of betrayals, neglects and disappointments because he has not been able to maintain touch with all his supporters after the previous elections. The current DCE could enjoy massive support in the east, especially around kojokperi enclaves, but that might not just be enough to secure a win.

Dr sori, a former director general, seems to be completely out of touch, and may not even make it at his own yard, ordinarily. Not only that, his age and demeanour doesn’t just fit the context of primaries. He can best be sold as a technocrat than a politician.

Yakubu, a home grown  politician has been in the political scenes for a while now. If he contest, However, he’s unlikely to pull a surprise given his political history, background and jurisdiction. Being a decendant of the former candidate, does not seem to favour his bid at the moment.

NPP: I do not have an idea but the former candidte can give a good fight.

In the next episode, I will suggest how to proceed to make an impact.

NOTE that this analysis is purely based on my own analysis based on my understanding of the situation and dynamics of politics here.