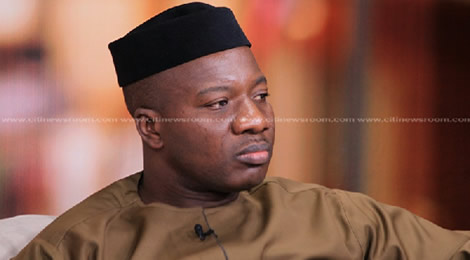 Mahama Ayariga who made the call in Parliament indicated it is important either Ghanaian or the Nigerian traders go to court to have final determination over the matter before it escalates further.

The issue, he said, is a sharp thorn that needs solution sooner than later because of its potential to cause upheaval in the sub-region, especially when unpleasant exchanges between traders of these sister countries continue to occupy the media space.

According to him, at the core of the dispute is the Economic Community of West African States (ECOWAS) protocol signed in 1979 by then heads of states who committed to a programme of free movement, right of residence and a right of establishment of community citizens.

He said, “That is to say that all the various citizens of the ECOWAS countries have been elevated to the high level of citizenship known as ‘Community citizens.”

“The heads of states committed themselves to achieving implementation of this protocol progressively within a period of 15 years.”

He argued the implementation period has elapsed almost three decades ago and therefore community citizens are demanding their rights as agreed upon by their various heads of governments.

Sending the matter to court, he said, will provide opportunity to pronounce on the position of the legal system in relation to what is really the applicable law.

“We have Article 73 of our Constitution saying we will conduct ourselves in accordance with acceptable principles of public international law and treaties we have agreed to bind ourselves, to the extent that they are also consistent with our national interest.”

“So I am waiting to see one of the traders, be it Ghanaian or a Nigerian, go to court and let’s give the court an opportunity to pronounce on this. What is really the position?”

Nigerian traders, he said, are arguing their case on the community citizens’ principle and as such have the right to be here because Ghana’s head of state ratified the 1979 protocol, which was to have been achieved within 15 years.

Ghanaians, he said, could also go to Nigeria and claim same rights and indicated he is looking forward to the day when the matter will be tested at the courts.