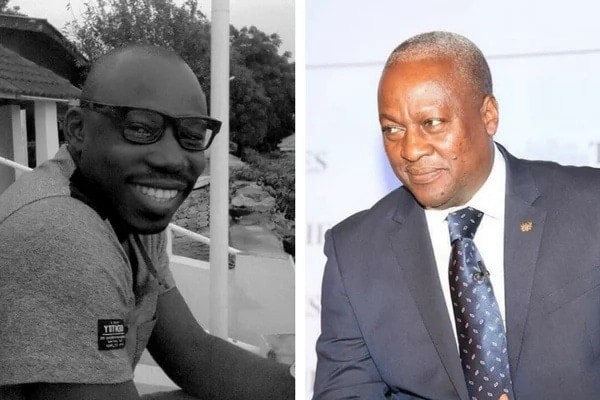 Fierce critic of opposition National Democratic Congress (NDC) Presidential candidate hopeful and former president, John Dramani Mahama, Dela Coffie, following the gun attack that led to the killing of one person and left another in very critical condition has lampooned the ex-president and said he must assemble the diplomatic community again and premiere the latest incident to them.

‘’Well, let’s hope and pray Opana calls the diplomatic community for another video premiering on this latest episode. Clearly, the chickens “boot for boot” are coming home to roost ’’ he said in a statement.

Mr. Dela Coffie heaps the blame of the incident which happened yesterday, February 18, 2019 during a meeting involving the National Chairman of the NDC, Samuel Ofosu Ampofo, the General Secretary, Johnson Asiedu Nketia, a deputy General Secretary, Barbara Serwaa Asamoah and some regional party executives on the former president.

He said ‘’the violence in the NDC in Kumasi yesterday was a clear internal scuffle. It is the culmination of months of power play-someone who lost his bid to become the regional chairman feels it is within his right to undermine the legitimate and elected chairman. This guy has been operating a parallel structure in Kwadaso, sabotaging and undermining the regional chairman. The so-called Hawks are his creation’’ in apparent reference to Mr. Joseph Yammin, a former regional secretary of the NDC and a former deputy regional minister.

He added that ‘’ and let’s not get it slanted. These guys are all entitled latter day JM activists. They are his henchmen, and they’re all over the place inciting violence and threatening everyone who chooses to stand up to their cult leader’’.