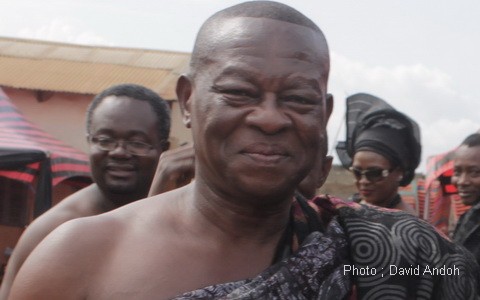 The Chairman for the planning committee for the funeral of the late National Chairman of the opposition National Democratic Congress (NDC), Dr. Kwabena Adjei, Mr. Yaw Boatng Gyan has announced Thursday, March 21 2019 as the date set for the one week observation of the passing of the late academician and politician.

According to him, the one week observation which attire he said was red and black, will be held at the Legon Botanical Gardens at Agbogba in Accra.

Speaking on Accra based okay Fm and monitored by BestNewsGH.com, Mr Boateng Gyan said the date for the actual funeral will be communicated to the NDC by the family today, adding that the party will then pass on the information to the generality of the Ghanaian people during the one week observation.

He said some international personalities who were colleagues or friends to the deceased have indicated their desire to be part of the funeral of the late Wayo wayo as Dr. Kwabena Adjei was popularly known.

‘’You know Dr. Kwabena Adjei was a man of the people and he had worked in several other countries. So we have received email addresses from some of his friends and former colleagues abroad who have expressed interest to come for the funeral. They have asked that we inform them about the date and all that and so it will a big funeral’’ he said.

Mr. Boateng said given the fact that Dr. Kwabena Adjei had played various important roles in the public sector including being a Minister of state and Majority leader in parliament, the party was hopeful that the body would be interred in Accra, adding that the family which has the sole prerogative to choose where his final resting place should be, has chosen his home town of Nkonya in Oti Region.