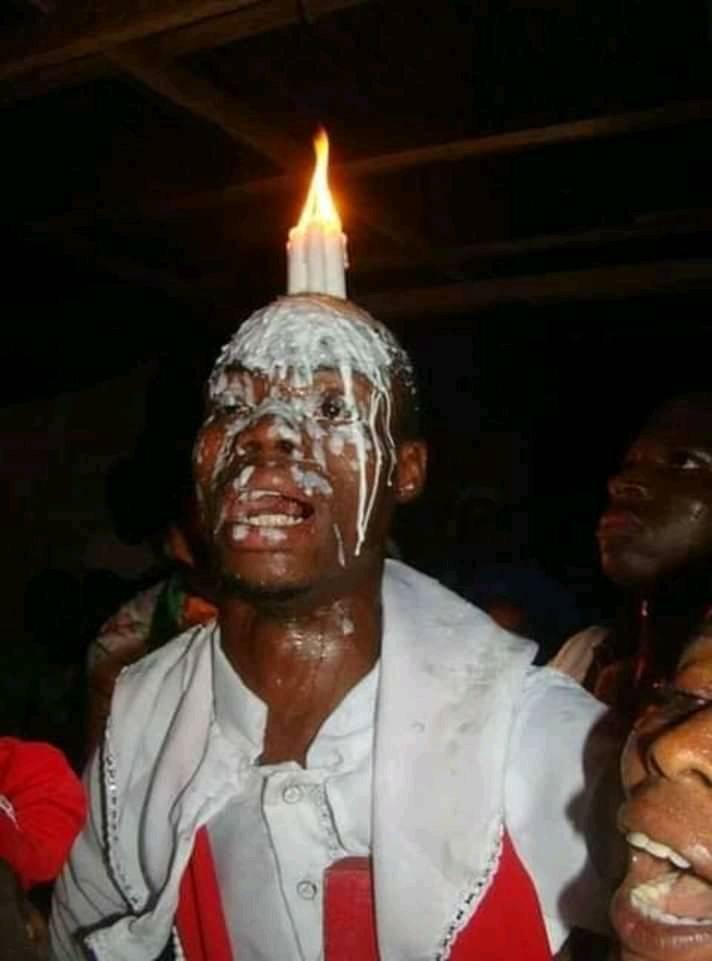 A church in Southern Africa has received public condemnation and backlash after it burned candles on a member’s head as a way of delivering him from the spirit of homosexuality.

This confession was said to have led to the decision by the leadership of the church to organize a special deliverance service for the member who had expressed the desire to be exorcised of the spirit of homosexuality.

It turned out that the special deliverance service will include placing candles on the head of the member and burning it amid singing and prayer.

Members of the public who saw the picture of the deliverance session lashed out at the church and its leadership, describing the method used as crude and inhumane.

It remains unclear whether the trick actually succeeded in delivering the man of the spirit of homosexuality.