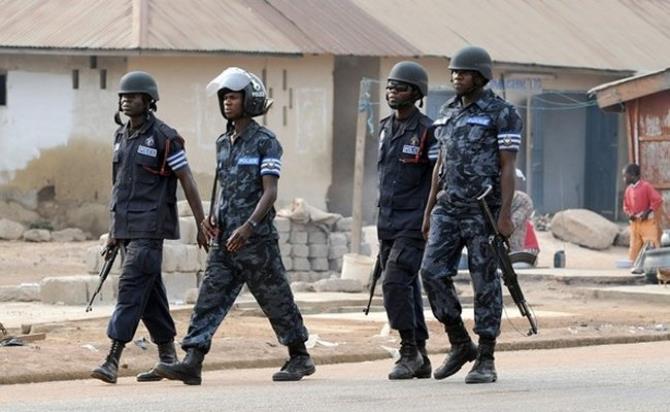 One person has been killed and 41 houses have been razed to the ground following two incidents of gun violence at Puloti and Gbingbani in the Bunkpurugu-Yunyoo District.

The police, at about 10:40am on Sunday, received calls that at 2am, a group of Trokosis from Chereponi had attacked residents of Puloti, a mainly Konkomba village. The reports claimed that shots had been fired.

In the second incident, the police received reports that a team of military men  onboard a light blue pickup with unknown registration number had come to  Gbingbani town and had fired at residents, killing one person.

A combined police-military team was dispatched to both scenes. This team was accompanied by the District Chief Executive of the Nyunyoo-Nasuan District, Oscar Liwaal.

When the team arrived at Puloti, they found that 41 houses had been torched. They found four empty BB cartridges, two empty AA cartridges, and two empty AK 47 shells at the scene.

Upon arrival at Gbingbani, they found the body of the deceased, one Bilagai Mpila, aged 30, lying in a pool of blood with a gunshot wound to the left eye.

The body was conveyed to the Bunkpurugu Hospital, where post-mortem was performed and the body later handed over to the family for interment.

The police team also found two burnt motor bikes belonging to the deceased and his brother.

Community members handed an itel phone suspected to belong to one of the unknown gunmen to the police team.

Calm has returned to the two communities, with joint police-military patrols ongoing.

No arrests have been made so far.