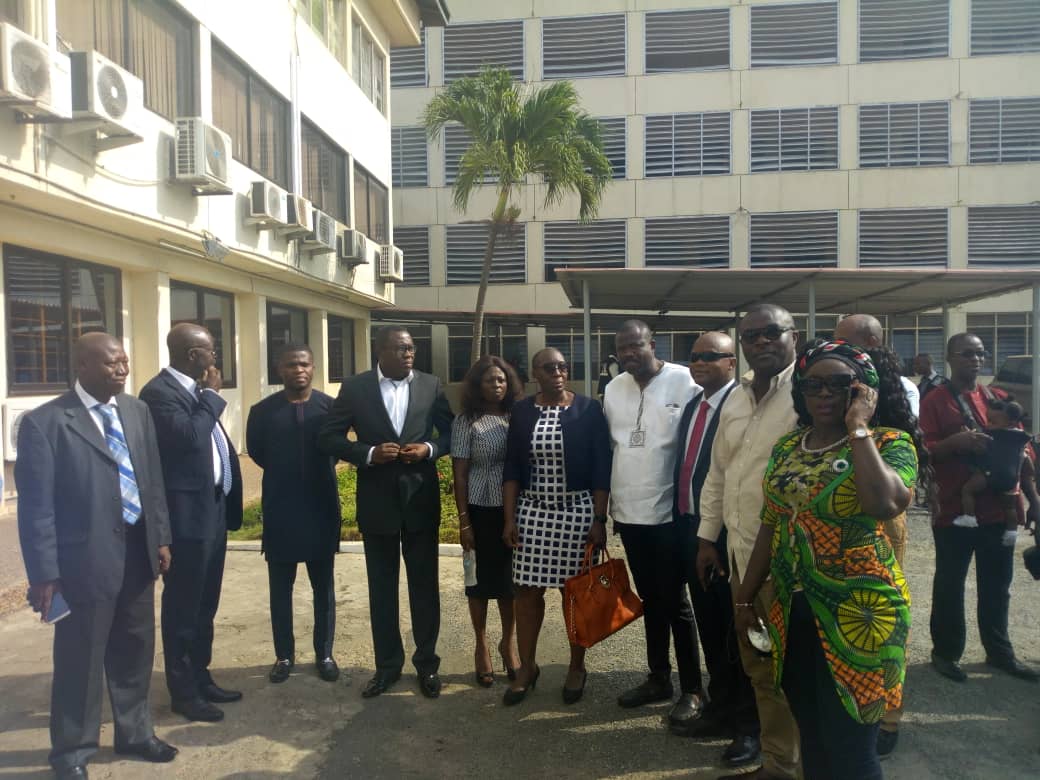 The team has since arrived at the CID headquarters, accompanied by other senior party officers including the General Secretary, Johnson Asiedu Nketia and former government appointees.

Mr. Ofosu Ampofo was invited by the Police CID last week in connection with the explosive leaked audio tape which has gone viral on both mainstream and social media in which the NDC chairman who is also an elder of the Church of Pentecost is heard cataloguing strategies the party intends to use in the lead up to the 2020 elections, including training vigilante groups, kidnapping some persons connected with the ruling New Patriotic Party (NPP) and also inciting party members against President Nana Addo Dankwa Akufo-Addo, the Chairperson of the Electoral Commission, Jean Mensa and the Chairman of the National Peace Council, Most Rev. Prof. Emmanuel Asante.

Mr. Ofosu Ampofo over the weekend issued and statement part of which read “I want to assure you that the NDC Chairman has not run away from anybody. When we finish thanking God on Sunday, on Monday, our lawyers have informed the CID that the National Chairman of the NDC will come to the CID headquarters to answer any questions that they want. By eight O’clock, we are there and, so, I want to assure them that the peaceful Chairman, the peaceful party will respond to their call even though they first invited us through WhatsApp’’ he wrote.

In the statement, the NDC Chairman described himself as peaceful man who has no track record of winning his election to be NDC chairman through violence.