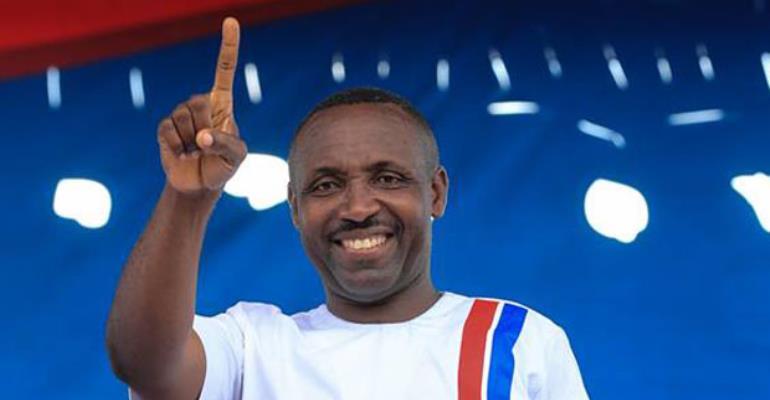 The General Secretary of the ruling New Patriotic Party (NPP), John Boadu is due to face the Emile Short Commission today, March 4, 2019.

The chief scribe of the ruling party was invited by the commission to help it in its work of ascertaining the true cause of the violence that erupted on Thursday, January 31, 2019 at the La Bawaleshie School Park during the Ayawaso West Wuogon Constituency by-election.

Speaking on an Accra based radio station and monitored by BestNewsGH.com, Mr. Boadu said he will appear before the commission with his lawyer, Gary Nimako.

Government inaugurated the four member commission led by former boss of the Commission for Human Rights and Administrative Justice, Justice Emile Short to look into the Ayawaso West Wuogon disturbances which led to several people sustaining varied degrees of injuries.

The commissions has since heard from key actors, players and witnesses who have given their accounts of what they know and saw on the day of the disturbances.

Some key witnesses who have since appeared before the Commission include Mr. Delali Kwasi Brempong, the NDC parliamentary candidate for the Ayawaso West Wuogon constituencyin the by-election, Mr. Sam George, the Member of Parliament for Ningo-Prampram Constituency, the Director General of the Police CID, Chief Superintendent Kwesi Fori, Mr.Albert Kan Dapaah, the Minister for National Security, Minister for the Interior Ambrose Dery and Mr. Brian Acheampong, the Minister of State for National Security.