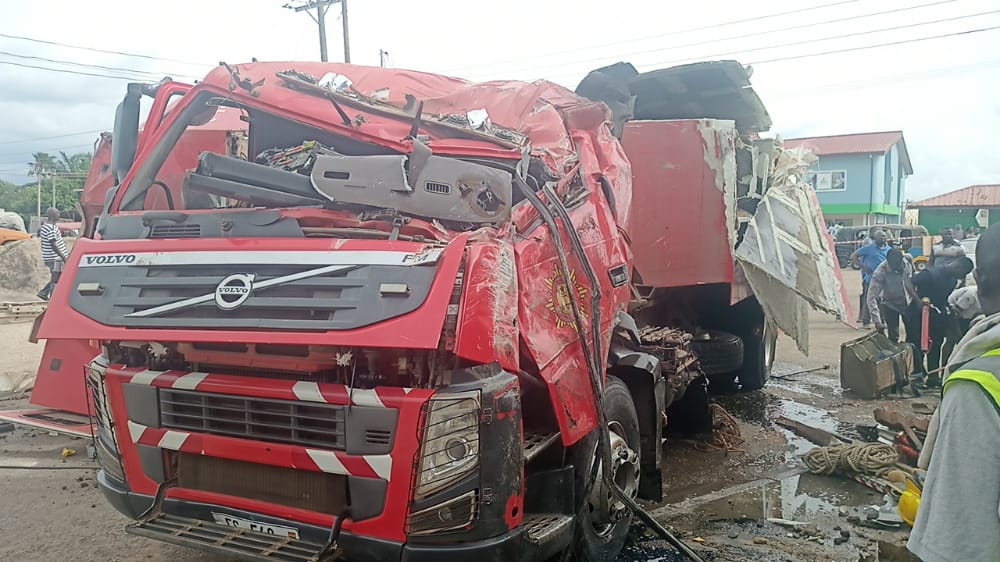 A fire tender which was responding to a distress call in Obuasi on Sunday was involved in an accident, injuring eight fire men who were on board.

They were responding to a fire outbreak at the Obuasi suburb of Kyekyewere.

The driver of the fire tender, apparently unaware of the construction of a bridge head of him, run into a heap of chippings in an attempt to swerve, lost control and drove into a storey-building.

The vehicle somersaulted, according to some eyewitnesses.

Two of the injured fire men have since been treated and discharged.

The remaining six are still in hospital and according to the Ashanti Regional Commander of the Ghana National Fire Service, Assistant Chief Fire Officer (ACFO), Mr Henry Giwah, the six officers are in critical condition.

Mr Giwah said the contractor on the road placed no caution signs to alert motorists, especially at the Obuasi Stadium junction where the accident occurred.